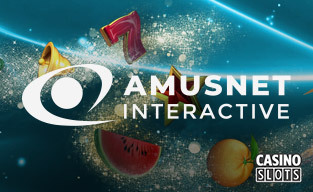 Debuted on the online gambling scene in 2016 as EGT, this software developer marked its sixth birthday by rebranding to Amusnet Interactive. For the Bulgaria-based provider of top-notch casino slots and other types of Vegas-style entertainment, the new name not only marked a milestone in the company’s development but also became the simplest way to introduce the diversity of its portfolio.

Once a relatively small team of gaming enthusiasts bringing their rich land-based experience and expertise into the world of online slots, the studio today is a serious industry player that covers several verticals, including state-of-the-art Live Casino. Fully aware of the incredible competitiveness of the modern iGaming scene, the people behind Amusnet do not hide their desire for constant innovation and improvement as the only viable way to retain the leading position.

Sorry, there are no casinos by Amusnet Interactive available in your country. Try these casinos instead.

Short for Euro Games Technology, EGT was founded in 2002 in Sofia to supply brick-and-mortar venues with slot machines.

The business developed really fast and soon grew into a large international enterprise with extensive global coverage. Today, with 26 offices and more than 2,500 active employees in different countries, the company is a key participant in the gaming casino equipment market, with its sleek cabinets being found in all corners of the world, from Spain and Tanzania to Puerto Rico, Monaco, and Florida.

EGT Interactive was launched in 2016 to embrace endless opportunities offered by the concept of distant entertainment. The brand quickly won the hearts of punters thanks to the high quality and generous RTP of its mobile-optimized video slots. It is safe to say that the new name Amusnet Interactive perfectly reflects the team’s aspiration for sustainable development and improvement in order to surpass the expectations of even the most demanding players.

What does it mean for slot buffs?

To start with, it means the introduction of new features and functionalities to the brand’s well-known classic slots with their delicious fruits and juicy wins. Secondly, Amusnet has ambitious plans for the creation of new reel mechanics, which means that players can count on an even more diverse portfolio of virtual one-armed bandits. Last but not least, a re-designed casino lobby, scalable architecture, as well as improved API protocol, are just a few of the areas to become part of the innovation strategy.

Striving to offer a new level of amusement to players of all styles and gambling preferences, Amusnet Interactive boasts a large gaming portfolio that apart from online slots also contains video poker, keno, as well as both RNG and Live dealer roulette. It goes without saying, all titles are available across all desktop and mobile devices, providing for the ultimate player experience anytime and anywhere.

However, a piece of even more exciting news is that all games support the thrilling Jackpot Cards feature – a multilevel system that offers four mystery jackpots, each illustrated by a card suit: Clubs, Diamonds, Hearts, or Spades. Triggered at random, the bonus guarantees one of the four mystery levels but it’s on the player to determine which prize to pocket. Presented with a pick field made up of 12 cards face-down, punters have to select cards until 3 matching suits are revealed.