Elk Studios was established in 2012, and they have been slowly expanding their selection of titles since they first launched. They have a very small number of games available at this time, in the single digits to be exact, but they're a good example of a company that has a solid future in the online casino world because they focus on quality and atypical features over trying to pump out as many games as possible.

As we mentioned above, quantity is not a strength of theirs when it comes to their games. However, because they aren't looking to have exclusive content or licensing deals with any particular site, that's not a weakness that really matters. In the modern era of online casinos, companies like Elk Studios thrive because they can get their games added to sites that use titles from a variety of different developers.

With that having been said, the quality of their titles is superb, and they're definitely in the same league as many of the games put out by the best competition out there. They also have some new features they've come up with that add a lot to the gameplay side of things instead of just adding copies or slightly altered versions of features that are already out there.

Sorry, there are no casinos by ELK Studios available in your country. Try these casinos instead.

One example of a new feature is the Betting Strategies option. The way this works is that players have an interface where they can create their own automated betting strategies for their games based on different conditions and rules. You can obviously play without this if you want, but it definitely encourages longer sessions.

Another feature is called Game On, and it starts up when a player has went through 25 spins on one of their games. This essentially adds extra chances for randomized free spins independent of any free spins features that might be offered in the game, and it sort of works as a mini loyalty program to encourage players to stick with one game for a bit longer than they might usually. Because the games themselves are designed to be played with longer sessions as well, all of this fits together in a way that makes sense.

A key part of their approach towards online slots is that they make games with an eye to go directly to mobile. This is a lot different than many software developers in this industry that make games for desktop with the mobile versions being an afterthought. They realize that mobile is where the industry has been heading for years now, and they are putting themselves in a position to take advantage of it by focusing on mobile from the beginning.

Overall, Elk Studios has a lot of potential that they seem to be realizing, however slow and steady their pace might be. Don't expect to see dozens of titles come out all at one time from this company, but don't expect them to ever put out a low-quality title either. 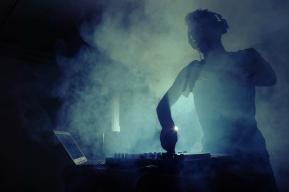 The newest release for ELK Studios comes on December 16 with DJ Wild, a video slot that offers a ton of different features. 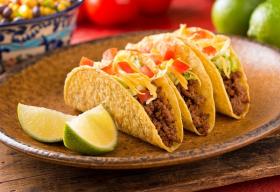 A new Mexican-themed game Tacos Bros by Elk Studios features three brothers who work together with the player in a bank heist.