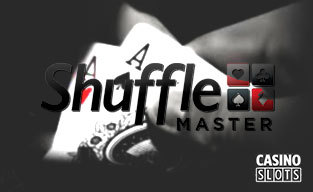 While many players think of this Las Vegas-headquartered company as a producer of table games solely, Shuffle Master does make slots and patrons of Native American casinos could enjoy them at the very beginning of the new millennium.

The first machines to hit the floors were quarter games based on The Three Stooges and two other popular television shows, Let’s Make A Deal and The Honeymooners. As for online slots, they came fifteen years later bringing to punters across the world a look and feel of well-known 88 Fortunes franchise.

Shuffle Master’s story is a great read full of amazing twists and turns, including a rebranding (twice!) and the agreement with Michael Shackleford aka Wizard of Odds to distribute his legendary invention - Mulligan Poker. Let’s take a look at how it all started to track the engaging plot page by page, all the way to the list of most prominent providers in the casino industry.

Sorry, there are no casinos by Shuffle Master available in your country. Try these casinos instead.

From Idea To Reality 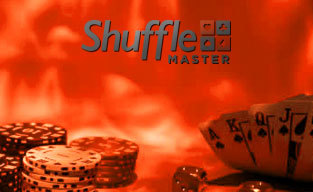 The company was founded in 1983 by John Breeding, a former truck driver led by the idea of developing automatic card shufflers. The first single-deck shuffle was produced six years later sold to Bally's Casino in Las Vegas in 1992. It proved a success, so Shuffle Master began to work on different variants of the product, introducing a multi-deck system for use with four, six, or eight decks of cards, mainly for blackjack tables.

...the brand started licensing to casinos its own Let It Ride approved somewhat earlier by the Nevada Gaming Control Board. This game became so popular that in 1996 it was installed in numerous venues across the USA and Canada. The following year, the light saw a video version with a more liberal paytable for bonus bets and higher returns to players.

John Breeding retired in late 1997 and Josef Lahti became a new CEO, focusing on further expansion and product diversification. At about the same time, the company entered into the agreement with International Game Technology (IGT), which among other things provided for running their games on IGT machines. Finally, in 1998, came a deal with Bally to develop and sell a video slot version of extremely popular TV show Let's Make a Deal.

The new century brought along...

...a new era in the history of Shuffle Master, which continued to line up joint marketing and supply partnerships under the leadership of Mark Yoseloff, who took the place of Lahti in 2002. It was the time of incredible growth, caused primarily by the extension of the brand’s portfolio, including Budweiser, Hollywood, and Spider-Man themed games.

To emphasis the diversity of the offering, in October 2012, people behind the business opted for rebranding and changed the name to SHFL Entertainment, which was acquired by Bally Technologies in 2013 for $1,3 billion. The latter, in its turn, was purchased by Scientific Games in 2014, so both Bally and Shuffle Master operates today as part of this huge gaming conglomerates. And yes, you’re read it write – the original name of Shuffle Master is back!

Positioned itself as an innovative developer of table games for the land-based sector, in 2011 Shuffle Master finally went online. Today, it boasts a truly impressive assortment of RNG-powered variants based on such casino favorites as blackjack, poker, roulette, craps, and baccarat.

This software studio can brag of a tremendous Progressives collection that ranges from Ultimate Texas Hold’em to Casino War, featuring in between a host of proprietary masterpieces with Zombie Blackjack, Sharp Shooter, and DiamondZ to name just a few.

...their most beloved one-armed-bandits found a way to online casinos with games themed around 88 Fortunes franchise making the core of the offering. While both Dancing Drums and Jin Ji Bao Xi Endless Treasure have a standard 5x3 grid enhanced with 243 ways to win and impressive sets of extras, the latest edition of 88 Fortunes is driven by top-notch Megaways™.

Although Shuffle Master’s slot library mainly consists of Asian-themed releases, not all of them are dedicated to the wealth and prosperity of the Orient. For instance, one of their earliest creations (produced under SHFL Entertainment name) is called Very Fruity and does exactly what it says in the tin across five reels and 20 fixed pay lines. Similarly, wrapped in gold King of Babylon is a unique spinning adventure packed with expanding wilds, free rounds, and the thrilling Action Spins Wheel bonus.