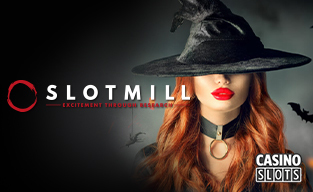 Founded by a team of industry veterans, this studio joined the industry with a clear objective- to conquer the punters with a portfolio of well-balanced, premium slot products. Powered with knowledge and great tools, this creative gang claims to be able to provide the ultimate gaming experience.

With so many brands joining the industry on a daily basis, it makes one wonder- does Slotmill have what it takes to stand among the crowd?

In fact, they do- Fixed RTP seal and True Reels. These two special ingredients are just some of the “secret weapons” thanks to which player experience is taken on a significantly higher level.

Now, let’s take a closer look at Slotmill profile, find out more about the strategic deals they inked, and explore their portfolio of releases.

Sorry, there are no casinos by Slotmill available in your country. Try these casinos instead.

With such an implicative name, one doesn’t have to be a scientist to guess what this developer is mainly focused on. But, instead of just churning out products for the sake of filling the catalog with as many releases as possible, they took a bit different approach.

The way they see it…

…hyper-production is not the way to go if one wants to retain players. It’s the innovation, and quality that matters more. As well as fairness.

Yes, increased production volume IS a solution for making quick profits, but it’s definitely not a good long-term strategy. This can only lead to frustrated players, and that’s the last thing a supplier needs.

A strong mathematical base is at the heart of all their releases, which is backed up by an RNG certificate from iTech Labs. In addition to this, they are approved by Curacao, confirming once again that they follow the industry’s compliance standards.

Shortly after entering the market, the developer crowned its presence with multiple successful agreements with various companies from the industry, extending its presence significantly.

One of the deals…

…was inked with a subsidiary of Angler Gaming (Spotlight SE) which operates a number of online casino brands in various corners of the world. Then, there’s license agreement Sweetspot NV, the company operating Casitabi.com. This facility is one of the most rapidly growing brands in the Japanese market.

Furthermore, the supplier joined forces with Qtech Games, a leading game distributor for emerging markets. As far as agreed, Qtech should power its platform with the developer’s content and distribute it to its extensive network of international operators.

…not only help the studio gain an international audience, but are a strong confirmation that their quality is already recognized. Players are always striving for more, and when two creative factories unite their visions and mission, well- MORE is delivered, that’s for sure.

Worth mentioning is that studio’s CEO Johan Öhman is one of the well-respected names in the industry. He worked as the CEO of NetEnt from 2006 to 2011, and also as the CEO of digital securities network Clavister (2016-2017).

In addition to this, he was appointed as a Director of Business Excellence in Scout Gaming, a European daily fantasy sports (DFS) solutions provider. These highlights clearly show the high level of expertise in various verticals, which is undeniably one of the greatest assets he brought to Slotmill.

Knowing that there’s no exact recipe to make a perfect game, they worked hard to come up with the next best thing.

What the entire team knows…

…is that each great product needs to have a symbiosis of four main factors- math (RTP, paytable, hit frequency), bonus features, sounds, and graphics. Only when these are well-balanced, a release can be labeled as a good one.

But, the journey to that status is a time-consuming process, which not only requires a high level of interest but a thorough understanding of player psychology. Luckily Slotmill has plenty of patience to fine-tune its products until the entire team is fully satisfied.

Because only then players will be satisfied as well, and that’s the ultimate goal of all game developers, isn’t it?

Looking for some good ways to change the perspective…

…they came up with two solutions- Fixed RTP and True Reels. All of their games come with relatively high RTP and they have a seal that protects them from adjusting. Simply put, casinos cannot change it based on their preferences, it remains the same as the studio set it to be.

As for True Reels, this option allows the same reels to be used for both fun and real money mode. With all these enhancements, the studio warrants a true and fair experience wherever the games are launched.

At the time of our visit, two slot games were officially live, but we also spotted several announcements for the upcoming titles.

…Templar Treasures is inspired by a medieval knights. Arranged as a 3x5 grid, it comes with 10 lines, RTP of 96%, and plenty of immersive features, among which extra spins with expanding symbol, magic symbol, and more.

Then, StarSpell, their next achievement, is filled with colorful magic potions, and tons of options, such as multipliers, expanding and sticky wilds, re-spins, and more.

Vikings Creed, Wildfire, Merlin’s Fortune, Lucky Lucifer, Immersive Riches- what they have in common is reels on fire. Each of these tells a story, which may be one of those heard so many times, but from an entirely new angle.

Judging by these bits and pieces…

…one can tell that this forward-thinking team is not afraid to explore various themes and offer a diversity of choice to their players. Yes, you won’t spot anything too inventive, regarding the array of features they utilize, but when combined with eye-catching visuals and great sound-effects, they DO leave the impression.

That’s perhaps, the most challenging task content creators nowadays have, as the market is getting more and more crowded. But, without any doubt, Slotmill caught ours, and we can only hope that they will maintain the same level of motivation to keep on delivering quality games. 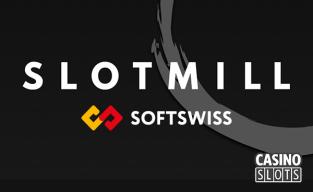 A new partnership will see the range of online casino games from Slotmill made available across the SOFTSWISS platform from the fourth quarter of... 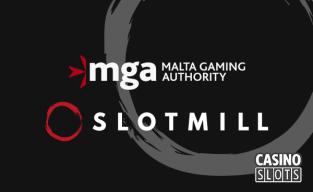 Casino games developer Slotmill has been accredited with a Critical Gaming Supply License from the Malta Gaming Authority. The studio can now offer... 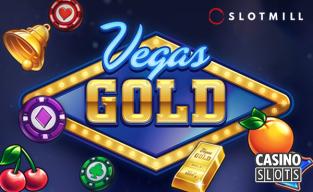 May 31st saw the launch of the latest desktop and mobile slot from Slotmill. Vegas Gold brings Sin City to players, and comes with features such as...