Based in Stockholm, Sweden, Thunderkick Games is a recently formed online betting software developer whose purpose in life is simple, as the group’s site claims: “We are Thunderkick, and we make games".

Formed using a bevy of talent that came from fellow developer Net Entertainment, Thunderkick opened its doors in April 2014 with a distinctive look to its titles that can be played at the mega-casino Unibet. There isn’t a lot of information on the organizational structure of this firm, and part of that is due to the fact that the group just went operational and is focusing on software and executing new casino supply deals.

Fun out there slots

As of the publication of this review the company currently offers just eight online slots in their library. Although this number is low, the quality of the games is quite high, and has impressed us to the point where we have come back multiple times to take in the great themes, bright graphics, and excellent features that make these titles exceptional.

Their slots machines include multiple paylines and have 5 reels, pushing sharp graphics along with multiple bonus features that will draw you in for long periods of time. Titles that convey this attitude include 1429 Uncharted Seas, which brings a great 2D drawn art style that really shines and is complimented by Free Spins that take the old map format to the next level. Other titles such as Barbershop, Toki Time, and Birds on a Wire bring a great light-hearted art style that also mixes in Bonus Games, Re-Spins, and Expanding Wilds.

Currently they are only focusing on their slot portfolio, and have yet to release any sort of table game, video poker titles, or parlor games for the iGaming world.

All of the online slots are available for free and real money play via web browsers, meaning that players can participate in the games without downloading cumbersome casino software. These titles are built primarily for desktop and laptop platforms, and have not been developed with mobile gaming in mind as of yet.

In terms of Security and Fairness, Thunderkick Games has not divulged any independent testing that they subject their software to, or any type of gaming license that they hold (although it is a safe bet to assume that the group does hold a license in either Sweden or Malta, given their location and availability on Unibet's site).

Thunderkick Games has chosen not to divulge a lot about themselves, but the group has put out a pretty solid stable of video slots in terms of quality. These bright looking, fast playing games are definitely unique and make the Stockholm based group stand out from a crowded field of online slot developers. The groups lack of announcement regarding licensing or independent testing is a bit disconcerting, but given the group's inclusion on Unibet's library, we assume that everything is fair and secure. We look forward to seeing what Thunderkick Games has to put out in the future. 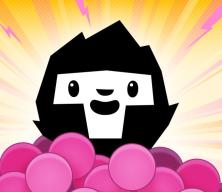 Thunderkick will be releasing their Flux slot game in the next couple of days. 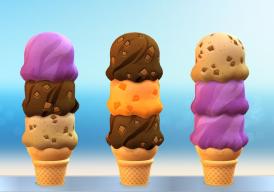 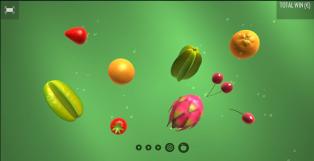