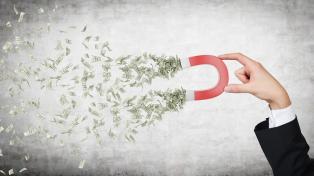 A lot of players have this attitude towards free spins promotions that it's something that can't really give them much value. It's not really clear why that's the case, maybe it's the jaded views some players have towards promotions for online casinos, but it's entirely off the mark when you play with iGame. In fact, one new iGame player turned his free spins for creating a new account into a big win worth almost five figures.

How Erik From Sweden Nailed €9,759 in Winnings

New players from Sweden, Norway and Finland are given 50 free spins thanks to an offer at iGame that went live a few months ago. A player named Erik from Varberg, Sweden took them up on this offer, and it turned into a massive winning streak. He signed up, took his free spins on the Starburst online slot and managed a win. He switched over to the new Sparks online slot, also by Net Entertainment, and kept running up the winnings. At one point, he was playing for a whooping €50 per spin and was able to take down a payout worth €4,200 on a single spin.

His total winnings were worth €9,759, which he was able to cash out quickly. The money hit his bank account a few hours later, and now he's planning on paying off the loan for his car and taking a trip to Vietnam with his girlfriend.

The big difference that iGame makes in their promotions is the simple fact that you can cash out your winnings with no real maximum. If you run up some winnings, they aren't going to take most of them just because you go over some kind of cap. They also have reasonable terms and conditions on all of their deals, and that's something that's made them stand out to players in a major way.

The games that Erik played were Starburst and Sparks. Starburst is one of NetEnt's most popular games because of its high-action expanding wild feature with re-spins, and Sparks is one of their newer titles that focuses on great graphics and strong gameplay. Overall, he picked two excellent games with excellent features, so it's not all that surprising that he was able to run up a good amount of winnings with these titles.