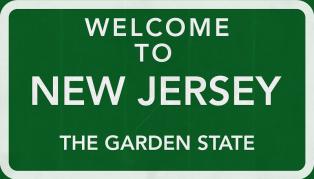 New Jersey is the one state in the USA that's been pointed to as having a great setup for online gambling regulation. While they do have to watch out for the interests of Atlantic City, they've been able to bring everyone together under a single umbrella and show that land-based operations and online operations can work together. It's this type of arrangement that has the Golden Nugget and Net Entertainment paired together in New Jersey.

Net Entertainment's license is currently under review by the New Jersey Division of Gaming Enforcement. However, they could be given approval to start operations before that application is given a final decision just depending on what the DGE decides to do because it's a provision that they've granted in the past. This deal will have Net Entertainment titles brought to both mobile and desktop players, and this just goes to show that their diverse offerings and aggressiveness in getting into newly-regulated markets is paying off in a major way.

The State of US Online Gambling

The fact of the matter is the US online gambling regulations are all over the place, and Net Entertainment getting to offer their games in any legal and regulated capacity is seen as a small miracle by many industry experts. While there are no laws on a federal level that make online casino play illegal, it's not explicitly regulated in the vast majority of states. Net Entertainment has stayed out of the United States markets for this reason, and their strategy of focusing on explicitly-regulated markets only has paid off by getting them this far in New Jersey.

The Future for NetEnt in the US

Gaining a foothold in New Jersey is key for online casino software companies who want a future in the rest of the United States. The reason for this is that New Jersey is one of only two states that has even regulated online casino play (Nevada has only regulated online poker), and as other states look to follow suit, they'll want to work with companies that already have a proven track record of working with state gambling authorities. NetEnt fits the bill in a major way, and their high-quality product and international reputation will definitely help their future as well.