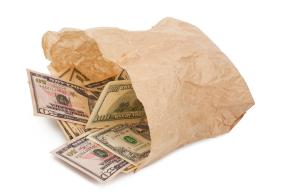 Big progressive jackpot wins are the dream of every online slots fan. They represent the pinnacle of what it means to play slots, and the right jackpot can change your life forever. Five different players were able to take down big jackpots from IGT-powered games over the past five weeks in an amazing streak that just goes to show that this software provider has what players need when it comes to large prizes and payouts. The total of the jackpots was about £3.6 million, and that's definitely enough to get the attention of the industry.

Here is the list of big winners in the order that they won their jackpots. November 6 saw a players pick up £1.4 million on the MegaJackpots Siberian Storm slot. What's also worth pointing out is that this is the largest jackpot this game ever paid out. Next on November 18 came a £593,480 payout on MegaJackpots Cleopatra, and that was followed on November 21 by a £519.703 payout on the exact same game. That streak continued on December 9 when MegaJackpots Cleopatra paid out yet another jackpot worth £650,013 this time. Things wrapped up by going back to MegaJackpots Siberian Storm for a payout of £511,620 on December 10.

IGT has been in the middle of a big push for their mobile games this year. You could see that push by the fact that they pushed both of these games to the mobile platform in this past February. Since they came out, they've paid out a total of 12 different jackpots with a total sum of £9.3 million being paid out. That's a pretty impressive set of wins for just under one year of play on just two of their games.

International Game Technology is primarily known for their land-based games. They are one of the biggest providers of land-based slots in the world, and many of their games have been switched over to the online environment to great success. As you can see with the Siberian Storm and Cleopatra wins that happened over a five week period, they're definitely treating the online players well with the big wins off of these games. Overall, it's impressive to see these games paying out so much just before the holidays.