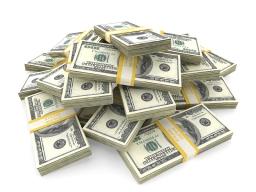 Online gambling in Canada is pretty complicated, and they have a really atypical set of rules that only allow the provinces to run an operation themselves without really letting other licensees come in and provide a true market for players. PlayOLG is the official web portal for online gambling in the province of Ontario, and a lucky player was able to take down a six-figure jackpot on the Jeopardy slot through this portal recently. This is one of the biggest wins to ever happen in Canada through a regulated web portal like this.

How the Win Happened

It started off with a $80 deposit that was ran up to more than $25,000. From there, another bonus round worth about $76,000 kicked up the lucky player's winnings to over $100,000 in Canadian dollars. This lucky player has decided that she's going to pay off her house and a few other debts, which she expects to leave her with about $40,000. This money is probably going to be used for savings and for taking her young daughter on a vacation.

Distain for the PlayOLG Games

What would be funny about this win if it wasn't so sad is that the winning player put down the games she won with when giving a statement on web forums about her win. She noted that the payout rate of the slots are not that great, and players do not accumulate loyalty points or other perks, so she doesn't play there often. This type of problem is typical of Canadian players who have plenty of incentives to play with foreign operators because of the incentives provided by the lack of competition with the government-operated portals.

In Canada, the federal government ruled that the provincial governments have the right to offer games to their players through government-operated portals. The only type of online betting that's explicitly illegal on a federal level in the country are sports bets on just one or two events. Parlays of three or more are allowed. What's interesting is that the provinces do not have the rights to license other operators, so there's little to no regulated competition for the government-operated portals. This means players don't get that great of a deal, and players like the $100,000 winner on Jeopardy aren't likely to overlook that fact.