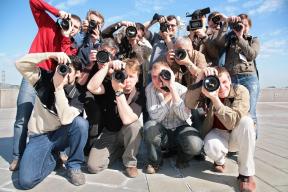 TMZ is known for being what's probably the largest celebrity gossip media channel in the world at this point, and they're the subject of a new online slot by International Game Technology. This game has been largely centered around the television shows TMZ and TMZ Live, and they're all about keeping up with celebrity gossip. With a new unique feature in this game, you can become the celebrity that everyone is talking about.

How This New Feature Works

The way this new feature works is that it takes pictures of you on your webcam and uses those images and technology that picks out your face and body to include you in the game. This is a really interesting feature, and while it won't appeal to everyone, what's important to point out is that it's getting IGT a ton of attention. As a matter of fact, they're getting attention for it on the TMZ shows with the host talking about the game and pointing out the features that allow the player to become the center of attention.

Something we haven't seen a lot of recently is real innovation in slots. It seems like everything that's done now is a rehashed version of something that's been done already, and while there might be new games based on television shows or movies that are relatively new and fashionable, the basic idea is still the same. Overall, while TMZ itself could be argued as being shallow on some level, this new slot and the feature of taking your pictures and putting them into the actual game on multiple levels is very innovative, and it's cool to see that IGT is taking innovation seriously in a time when so many other software companies are not.

This new feature that debuted in the TMZ slot opens up the door for more interactive features than we have ever seen before. More interactive ideas could be coming in the future if software companies decide to hitch their wagon to this particular line of thought, and that could even tie into social networking-type features and boosting communication between players, both of which are ideas that have seen a lot of promise in recent times.

If you'd like to get your own picture in the TMZ online slot, you should try it at Ladbrokes Casino.