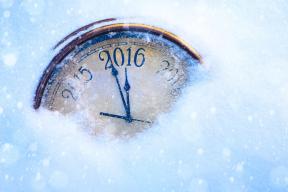 New titles are a key part of the strategy for online casinos software providers like Microgaming. Historically, they have a strategy of releasing more games than virtually any other individual provider in the industry. One of the reasons for this is that they seem to have a method of testing new features and concepts on the market that involves releasing games with generic themes and concepts to see how players react. They could then use this information when building their biggest titles of the year to make sure that they're a massive success.

Play With the Lucky Twins

Right now, they have a new game called Lucky Twins that has a Chinese theme. It uses five reels, three rows and nine paylines. The twins themselves are the wild, and it features a number of distinctly Chinese symbols to make this game a bit of a sequel-in-spirit to the Lucky Zodiac slot that was released a while back. This game will be released in both the Adobe Flash and downloadable platforms, so players can get in on the action no matter how they choose to play.

Peek-a-Boo is the other new game. It has five reels and four rows with the 40-payline format, but it switches to 1,024 ways in the free spins, a format that hasn't been used particularly often lately. This game centers around a little kid who uses ray gun to go up against ghosts on the reels. When you run up enough ghosts on the meter, then you get a set of free spins. This is a pretty cool way to give players extra value for their spins.

It's looking like 2016 is going to be the year that Microgaming pushes for VR casinos in peoples homes through an interface similar to Oculus Rift. On top of that, they'll probably continue their series of new games that come out each month, and that will put them closer and closer to having 1,000+ games to choose from, something they will probably achieve sometime in 2018. They have the most games of any individual software developer running today, and their new releases that come out each month show that they aren't slowing down while they bring high-quality titles to the masses.

Players who want to check out these two new titles can do so at our recommendation, Golden Riviera Casino.