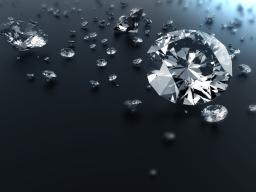 It used to be taken for granted that virtually all new releases were video slots and that the classic slot format had fallen by the wayside. Rival Gaming doesn't agree, and they seem to come out with several new three-reel slots each year. Their first release in this genre for 2016 is looking to be the new Diamond Cherries game, and it's a title with three reels and just a single payline, an unpopular format that they have explored before.

Why a Single Payline?

The first thing many players want to know is why they choose to go with a single payline. Some software providers over the past 12 months have made three-reel classic slots, but they normally go with a 3x3 grid of symbols and five paylines. While this might make things more comfortable for players who tend to prefer video slots, that's not what Rival is going for. Instead, they're looking to make a bit of a throwback to the older styles of games while still providing a lot of action.

The concept of this game really is a throwback to old-style slots with bar, diamond and cherry symbols. There are also wilds, multipliers and scatter symbols in this game, which is a bit more feature-rich than those older titles would be on average.

You might wonder how a scatter symbol works if there's just one payline. The answer to that is that some symbols can land "one-half" of a spot off of the payline while still being completely visible on the screen. If this is the case in this game, then those symbols that aren't quite on the payline will count for the scatter. This is a way to handle scatters that seems to stay true to the original premise of the single-payline classic game.

Over the past two years, we've seen a huge surge in high-quality games, especially in terms of visuals. Rival Gaming doesn't really seem to have gotten the memo. Their games tend to have the same visual style that they've had for a while with the same flat graphics and the same plain concepts. We're not expecting them to compete with top-tier companies like Net Entertainment, but we would like something to get a bit more excited about than yet another three-reel slot that uses a generic theme.

Nonetheless, if you really want to try this title, we suggest playing with SlotsMillion.