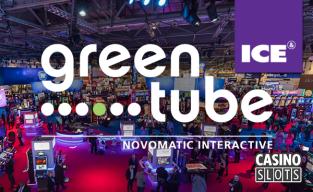 ICE Totally Gaming 2018 was the biggest event in the e-gaming calendar, and Novomatics' interactive division Greentube not only released a series of new slot games there but also had star DJ Harwell performing for 700 guests at a special party celebrating the launch by Stakelogic of his own slot.

Based on the Novomatic stand, Greentube launched a number of their latest slot games, as well as introducing the latest developments of the Greentube Pro social gaming platform, while Stakelogic had several new releases of their own to celebrate.

The new slots included games based on From Dusk 'Till Dawn and the UK division of Greentube had their exclusive Crazy Birds. Games reveals from Stakelogic such as Samurai's Fortune and Magical Forest were among the other high-profile events that took place across the Novomatic stand. Another highlight was the launch of Hardwell, a slot machine based around the celebrated Dutch DJ, who was there in person to sign autographs and have his photo taken with the fans.

Due for launch in April, the Hardwell slot machine comes from Stakelogic and promises bonus features such as free spins with special reels in play, plus there's guaranteed wins with lock and spin action. Players who enjoy watching DJ Hardwell spin the decks will certainly want to spin the reels of this game when it arrives later in the Spring.

After Party At The O2 Arena

Following the lauch of the game, around 700 guests attended an exclusive party at the O2 Arena, where DJ Harwell performed a set of classics and his own remixes. Novomatic, Greentube and Stakelogic were also celebrating the recent successful launches of even more slots like Big 5 Jungle Jackpot, Mariachi and Sorcerers of the Night.