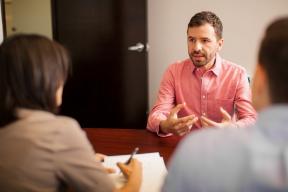 Something you don't hear about so much in the online gambling world is the high-level talent that goes into making all of the pieces come together. Leadership is hard to find in any industry, so when there are strong leaders in this one, it's important that they're recognized because of how important it is to the overall future of the industry as a whole. Two big names have been added to Grand Parade's roster, and this means it's an exciting time for this well-known tech company.

John O'Reilly is known for having more than two and a half decades of experience. He was the head of eGaming for Ladbrokes, and for Gala Coral he was the managing director for quite a while. Martyn Miller also worked for Gala Coral in the IT director position for the better part of a decade. He's also a consultant for sports betting firms including major names like Ladbrokes. Overall, both of these guys have definitely proven themselves, and they are certain to be great additions to the team at Grand Parade.

Grand Parade has some pretty big name recognition as well. They've worked with several of the top names to ever exist in this business, and that includes the NYX Gaming Group, Sky Bet, Ladbrokes, Bwin, Coral, Betfair, Sportech and others. In short, they're a company that knows they need top-tier leadership to keep things going well like they've been going for quite a while, and with O'Reilly and Miller, that's definitely what they're going to be getting.

In the past, there have been some semi-scandals involving certain people jumping from one company to another. For some reason, this seems to mean a lot more in sports betting circles, and maybe it's because of the competitive nature of those companies, especially in places like the United Kingdom.

In any event, there doesn't seem to be any hard feelings between any of the companies involved here. Grand Parade is certainly glad to have them, but they've both done a lot of work with both Gala Coral and Ladbrokes to the point that there probably aren't any hostile feelings at this point. With the big mergers that have been happening in sports betting this year anyway, it's likely enough big rivals end up under the same umbrella as it is.