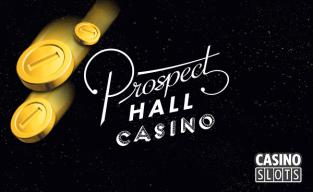 Big progressive jackpots are the largest available prizes in the online slots world, and that's not surprising to anyone who has been around the industry for long at all. The largest online jackpots overall have been awarded from progressive slots as well, and this is why they attract so many players. One lucky player was able to pick up an upper-six-figure prize at Prospect Hall Casino lately thanks to one of these games.

Details on the Jackpot

The jackpot was won on Winnings of Oz, a progressive jackpot slot. The lucky player goes by Linda, and she's from the United Kingdom. She placed a bet for only £0.25 on this game and went home with a prize worth £868,703.90 for her troubles. This is a good example of winning a life-changing sum of money with a fairly small bet, and it just goes to show that players can be big winners at any level of stakes with progressive games like this one.

Off to See the Wizard

Winnings of Oz is a game produced by Ash Gaming, and it is obviously based on the Wizard of Oz film. You'll see everything brought to life with great 3D graphics in this title, and it goes above and beyond what any other game in the genre has done using this movie as a theme. You'll catch all of the major characters from the scarecrow to the tin man and cowardly lion, and Dorothy's slippers even make an appearance. The top prize is a progressive jackpot, which is the real prize at the end of this yellow brick road.

Known for focusing on having a solid overall style, Prospect Hall Casino has been in operation since 2015. They use games from Net Entertainment in addition to the Microgaming Quickfire platform, which is why they have titles from Ash Gaming since they have a content distribution deal with Microgaming through Quickfire. There are a ton of progressive jackpot games at this casino, including world record-breaking titles Mega Moolah from Microgaming and Mega Fortune from Net Entertainment. It's a great place to go if you want chances to win huge payouts for small bets, just like Linda did on Winnings of Oz.

The Wizard of Oz