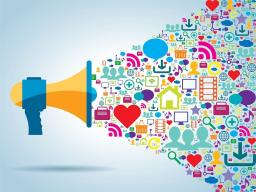 Social gaming absolutely exploded over the past several years with more people playing games together online than at any other point since the invention of the Internet. Genesis Gaming has announced that they're going to take advantage of this by getting in some expansion of their own with social video slots. They're calling it the Vegas Line, and this line consists of titles that have been especially made for mobile. This is an interesting approach, and it could turn out extremely well for both them and the players alike.

The Point of This Approach

So here's how this approach works. Land-based casinos use what they call social casinos, and the idea is that it helps to keep players interested in their brand by playing on their smartphones, tablets and other mobile devices. Genesis Gaming has already been providing some games for social casinos like these, but they're getting ready to seriously turn up the heat with the Vegas Line and a particularly aggressive pattern of expansion through the end of 2016.

An Impressive Rate of Growth

The plan at this point in time is to come out with ten total games for the Vegas Line before the end of this year. Then in 2016, they want to release another ten games each quarter for a total of 40 releases next year. This will bring the total number of releases for the Vegas Line to 50, and this is on top of the 60 games they've already developed previously for social casinos. By nearly doubling the number of titles they have available by the end of next year, and by focusing on providing a higher-quality, mobile-optimized experience, it's looking like they're being very aggressive with their expansion in this particular sector.

Anyone involved in the online gambling industry in any capacity can tell you that mobile is where all of the major growth is at right now. The mobile sector is growing faster than any other sector of the industry, and it's fueled by a relatively new demand that comes from so many people having mobile devices, especially Internet-capable ones, that didn't have them just a few years ago. This has created the perfect storm for mobile casinos and social casinos that are used as marketing projects for land-based operations.