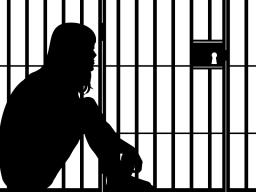 International Game Technology (IGT) is a good example of the rare instance of a software company that can release both land-based titles and online casino titles at the same time. This is sort of what's happened with one of their newest releases, Orange is the New Black. However, instead of releasing it in online casinos for real money, it'll be released in their social gaming operation DoubleDown Casino. This is important because it's the first time such a major licensed brand has been added to DoubleDown.

Social gaming is a key strategic component for International Game Technology right now, and that's one of the biggest reasons they've put so much work into their DoubleDown Casino product. It's created a situation for players where they can get in on the action with a lot of high-quality games without having to fork out any money upfront, and it gives them a very fun social setting where they can meet friends and have plenty of incentive to keep coming back for more. This gets IGT's games in front of a larger audience and builds brand recognition.

Orange is the New Black

Orange is the New Black is a television show that focuses on what goes on in a women's prison setting, and it's gotten a lot of attention for being an excellent source of entertainment. The Orange is the New Black slot is a five-reel, three-row video slot that uses 30 paylines and that has a lot of the key characters involved. You'll have features based on these characters like Mendoza's Double Game Feature, Alex's More Symbols Feature, Crazy Eyes' Wild Feature and Piper's All Features.

Growth is the name of the game for IGT, and because they have so much experience on so many levels of the gambling industry, they know that doing well now is just as important as setting things up so that they can do well a decade from now. Their work with social gaming platforms like DoubleDown Casino is a good example of them building up their following for the future and putting themselves in a situation where they will have plenty of backing and brand recognition for years to come.

Orange is the New Black