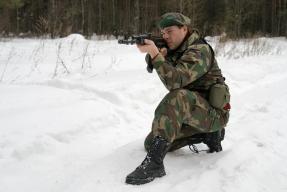 24 is known for being an action-packed television series that follows the adventures of Jack Bauer. iSoftBet must have felt that a lack of action was happening in the online slots industry, because they're preparing to release a new game based on this television show. The 24 online slot is based on the characters and themes from the show, and it's expected to have pictures and clips from it as well, so fans of 24 are in for a big treat.

The expected features for the 24 online slot include a special exploding wilds feature, and that's going to give players lots of extra chances to win that they wouldn't have gotten otherwise. The "exploding" aspect of this feature is especially appropriate for this game. There's also going to be a free spins bonus feature, and another bonus round will also be available based on themes from the game. This is sure to be completely packed with action, just like the television show, and that's probably the only way to make a great game based on 24.

In the past couple of years, we've seen a lot of hit television shows used as the basis for online slots. We've actually seen a couple already during the month of September. This is different than where branding usually came from a few years back when movies were the popular thing to be made into online slots. These days, we see all kinds of different media being used including comic books, book series, television shows and more. If it's popular on a common type of media, then chances are that it could be used to build an online slot in today's environment.

iSoftBet's deal with Twentieth Century Fox shows us that the company is growing, and that's good news for slot fans. This company has already put out several great games, and as they grow and make deals like this one, you'll see their influence get larger and larger. This means more games, better games and a consistent quality. It'll be a lot of fun to see how this 24 online slot plays out, and we're looking forward to its release.