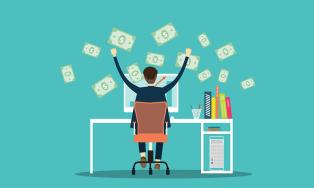 In the online slots world, progressives are known for having the highest volatility and the largest prizes. Because the payouts build up over time until someone wins them, a relatively long period without a winner can mean that the prize pool gets huge fairly quickly. Because more and more people want in on the action the larger the jackpot gets, the faster it continues to build. The Mega Moolah progressive jackpot by Microgaming has made it up to €12.7 million after starting at just €1 million, and that's making a lot of waves.

There's been a bit of a rivalry between Microgaming and Net Entertainment when it comes to their top progressives. Net Entertainment's Mega Fortune set the world record in December of 2011 for a €11.7 million jackpot, which the current Mega Moolah progressive would have beaten. However, NetEnt later broke their own record in January of 2013 with a whooping €17.8 million payout, again on the Mega Fortune progressive jackpot. Mega Moolah's current level of €12.7 million is approaching that, but it still has a long way to go.

The progressive jackpot for Mega Moolah is a bit different than most other slots. While most progressive slots either award the payouts at random or require you to hit a certain winning combination (sometimes on a particular payline), Mega Moolah has four different progressives tied to a wheel. When players make it to the bonus feature that includes this wheel, they get a chance at each jackpot. If the wheel lands in the right place, then someone is going to become at least €12.7 million richer.

As we mentioned above, this jackpot race is a part of a friendly (somewhat) competition between Microgaming and Net Entertainment. Mega Moolah was widely regarded as the most popular progressive jackpot online until Net Entertainment came along with Mega Fortune. Mega Moolah has four progressive jackpots, so NetEnt made Mega Fortune with five. It's kind of a funny back and forth thing, but with the Mega Moolah jackpot the highest that it's ever been, there's a real chance that it will break Mega Fortune's record of €17.8 million if it continues to grow. That would really spark off some major competition between the two companies and the two games.

Players who want a shot at this jackpot should try Crazy Vegas Casino before it's too late.