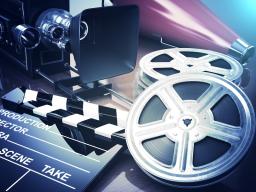 When a new online slot is set to come up, online casino software developers want to make sure that players know the game is coming. They'll put out all kinds of different promotional materials to get the word out, but the fact of the matter is that the gameplay itself is normally the thing that speaks the loudest about the game. NextGen has recently announced that they're going to release a new title, but in an odd move, their promotional video shows no gameplay.

The newest title by NextGen is going to be all about James Dean. This actor from the fifties captivated millions of people with his work, and his tragic death shocked fans from around the world. In the promotional video for this slot, a lot of detail has been put into building up nostalgia, but no actual gameplay has been shown. This is a really interesting approach considering that plenty of details about the actual game have been released, including the payout rate.

This game is slated to pay out at 95.4 percent, which is about average for video slots these days. It's going to have a lot of wild-based features including expanding wilds, and there will also be ways to earn free spins and re-spins. Massive multipliers up in the three-digit range are also going to be available, and multiple bonus features are expected. This game will use five reels, three rows and 25 paylines, and this is the perfect canvas for creating an amazing James Dean experience. NextGen seems to have done a good job with this game, and there's no doubt that players are going to be pleased with the end result.

In 2015, NextGen has come out with a number of titles, and this has built up quite a bit of momentum for them. They've gotten a lot of attention for their previous releases, and the James Dean release is no exception. While the promotional video they've released is atypical in the sense that it doesn't show the game actually being played, it does built up a lot of anticipation and nostalgia for the game, and that's exactly what players are going to be in it for in the first place.