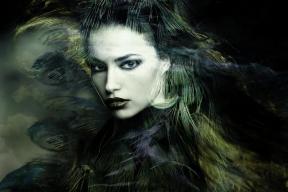 There's a problem that online casino software developers run into on a regular basis. To stay relevant, they have to come out with new titles on a regular basis. These titles have to use fresh themes and ideas, and they have to constantly try to innovate as much as they can to stay ahead. However, because of this constant innovation, it can seem like everything that could be done has been done already. NextGen is looking to bust this problem once again with their newest title: Spin Sorceress.

About the New Spin Sorceress Game

Spin Sorceress uses five reels, three rows and the 243-ways format. The basic theme of this game is a sort of winter wilderness setting combined with a fantasy or mystical slant and animation that resembles a cross between anime and medieval characters. It's definitely a mix that you won't see often in the online slots industry. The symbol set includes things like wands and wolves that fit this atypical theme, and the lower symbols are rounded out with A, K, Q, J, 10 and 9 symbols.

The main feature that drives the gameplay in this game is the set of wild multipliers that show up on the middle three reels. The way this works is that you start off being able to get multipliers of 2x, 3x or 5x on wins that use a wild. However, if you use the side bet called Superbet on the right-hand side of the screen, then you'll be able to raise the values of those multipliers up to the 20x/30x/50x level. While this does cost extra per spin, it drastically increases the amount that you can win.

Another key feature that drives this game is the ability to earn free spins. Pick up three or more of the scatter to get at least 10 free turns. These free spins are really valuable because you're guaranteed to get at least one wild on the screen for every single spin. When you combine this with the Superbet feature and the wild multipliers as a whole, it's obvious that you can end up with a ton of extra value from this particular bonus feature.

If you're looking for a site to try this new game, we suggest CasinoLuck.