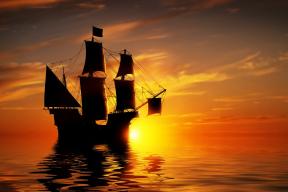 Lots of different online slots have been made using a pirate or sea theme, and some players might be to the point now that they think any game that uses this theme is going to be boring or just a rehash of ideas that they've already seen before. That's far from the case with the new Legend of the Sea online slot by Zeus Services that was released over the past week, and it just goes to show that Zeus is really powering forward with great games that have lots of solid gameplay.

What You Need to Know

What you need to know about this game is that it uses three rows across five reels with 10 paylines of action. That's a low number of a new game, but this atypical format is a part of the action with all of the different features that you can get. When you get a bonus feature triggered, you get to choose between two different options, one based on each of the key figures in the game: Anne Bonney and Henry Morgan.

In the Morgan Feature, you'll get 10 free spins with a special expanding symbol. This symbol is chosen at random and will expand to cover the entire reel whenever it shows up on the reels. This gives you more chances for multi-line wins, especially if you pick up several of them at the same time. If you go with the Bonney Feature, you'll get 15 free spins, and all of your wins will be hit with a 3x multiplier. It would seem like the Bonney Feature might be the best option, but it's hard to say how much value you'll get from the expanding symbol.

Zeus Services is pushing forward and expanding with this new release, and it's a good example of how they really have a lot to offer in today's environment. To take the pirate theme and put an atypical format with it by using 10 paylines and then combining that with some excellent gameplay is a good example of how they can put together some solid games, and we're looking forward to seeing them do even more in the future.

Legend of the Sea