Desperate times always call for desperate measures, and one must never forget that the iGaming world is constantly changing, on a regular daily basis.

Neon Valley Studios is actually a small development company that is a direct product of these changes.

There’s been a slew of lucrative deals lately, signed between such small indie game development studios and huge industry giants. The trendsetter here is Microgaming, a company known for pioneering efforts, and the very same company that once provided the software for the world’s first online casino, all the way back in 1994.

These deals provide small companies with an opportunity to reach a larger number of players, while the big shots get quality games to be featured in their portfolio. 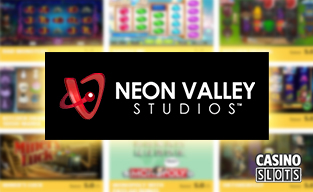 So, it’s a win-win situation! John Coleman, CEO at Microgaming commented on the deal: “Our studios strategy is designed to bring greater choice, innovation, and quality to the market. Neon Valley have years of collective gaming industry knowledge and expertise, not to mention their own distinctive style and personality, and we are delighted to add them to our global roster of independent game studios.”

It’s only logical that the folks at Neon Valley Studios were also very excited about the lucrative deal, so here is what Brian Perego, their Senior Creative Technical Designer, had to say about it all: “At Neon Valley Studios, we are dedicated to producing polished games of the highest quality, injecting our knowledge of slot design through the synergistic integration of game mechanics, visuals, and the latest technology. Our relentless drive to create engaging gaming experiences for players is founded on our passion for games and the latest technological developments. We are delighted to bring ‘the spirit of Vegas’ to Microgaming on an exclusive basis, with Aurora Wilds marking the first wave of exciting content to come from Neon Valley Studios.”

Neon Valley Studios only have one game released so far, but it’s a sweet little gem that perfectly shows what these guys are capable of. It goes back to the earliest days of North America and draws a lot of inspiration from the rich heritage of Native American tribes.

James Buchanan, the Director of Microgaming’s Global Operations said about the game: “Aurora Wilds is an enchanting addition to the Microgaming portfolio that features exciting game mechanics with respins and jackpots. The team at Neon Valley have set themselves a high bar with this superb debut slot, which includes absorbing visuals and sounds and has excellent win potential.”

Brian Perego had this to add: “We’re delighted to see our first creation go live across Microgaming’s extensive operator network. Aurora Wilds pays homage to one of nature’s most amazing phenomena and is designed to captivate and reward players with fluid gameplay and big jackpots.”

Here is what the creators have to say about their firstborn: “Aurora Wilds is a trip back to nature that paints a beautiful picture of native lands and majestic spirit animals. Northern lights glimmer across the sky, and sounds emit a magnetically colourful array of atmosphere, subtlety, and high charged wins. Based on a successful formula, Aurora Wilds was designed with familiarity and fun in mind. Fans of this popular formula will enjoy the captivating art and wonderfully stylized totem animals, each one capturing the character, power, and unique strength of each of these magnificent creatures.”

The very instant you load the game for the first time, you will be greeted by amazing graphics, depicting mountains, the river, and Aurora Borealis, slowly dancing in the background, right against a starry sky.

There are a whole lot of different complex details in the game, and the soundtrack consists of soothing and relaxing sounds, dominated by an Indian flute.

Every single element in the game looks top notch, and it is clear to see that these guys really tried their best with this one.

When you take a look at the reels, you will find a moose, rabbit, eagle, fish, turtles, and all of them are depicted in a traditional Indian manner. These are also accompanied by the red number 7 and the BAR icon, sort of like a little homage to the traditional slot machines.

There are 10 paylines spread across the five reels, but it’s great that they pay both ways. Unfortunately, there are no bonus games or features, but you can still score one of the 4 prizes on the Jackpot Wheel - Mini, Minor, Major, or the Grand one if Lady Luck is on your side.

These guys do have a bright future ahead of them, especially when you consider that they are fully backed by Microgaming. We really can’t wait to see their new games!