Gathering a team of enthusiastic gaming veterans who were curios to test their skills in content production, Rarestone was born. Initially interested in delivering their products to the UK’s online market, they quickly expanded to Asia, Australia, and the US.

2017 brought them cooperation with Kyiv production house, and April 2018 was marked with a strategic partnership with Playtech. Under the terms of the milestone agreement, the team gained access to an extensive network of brands that are aligned with Playtech, giving them the chance to spread even faster. 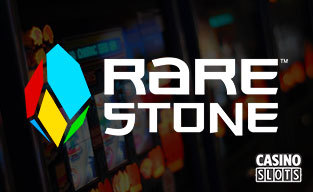 Content producers draw inspiration from various sources, and the most commonly used topics, besides fruits, are oriental or ancient cultures.

Those usually give plenty of room to explore…

…and create unique stories that bring an excellent match of immersive visuals and actionable gameplay. That’s exactly what Rarestone focused on, uniting eternally inspirational topics with a high level of activity in their releases.

As you can see…

…China is the most dominant theme they utilized, but they also created stories packed with mysticism and magic and sweetened up the portfolio with a bit of fruit.

What can be concluded from the current offering is that the team has the knowledge on which are the most popular themes that stand solid chances to be well-received among clients. Moreover, they possess the skills and experience to create engaging stories, which will ensure steady growth of customers' base across numerous markets.

Though the selection of games is rather modest at the moment of writing the review, there’s enough material to help us determine what’s the main focus of the producer.

“Hold and Respin” is the wild card of their games…

…as it powers up the entire session with plenty of action and unpredictability. Their Sun Queen slot, the first one from the Fire Blaze series, illustrates that atmosphere in the best way possible.

Thanks to a quartet of JPs (Mini, Minor, Major, and Grand), the title is packed with excellent winning potential, suitable for those who are always looking for more challenges. The first three jackpots are worth up to 5000x the total bet, whereas the Grand brings 2000x the original stake. The most valuable JP is triggered when 15 Sun symbols appear on the reels.

Upon joining forces with a well-established games producer, young Australia-based team will get the opportunity to take advantage of the following privileges: