Genesis Gaming is a casino software developer who distributes its games through larger betting groups, allowing for its games to be added to the libraries of companies like Microgaming and IGT. The group is a multi-national one, with offices in the United States (main office), United Kingdom, and Canada. While they mainly focus on online content, Genesis Gaming does provide land based solutions as well, offering slot content.

Slots are the sole focus of Genesis Gaming, and every game turned out by this developer is a real masterpiece. The slots all have a unique art style, all of which feels familiar while also being completely unique in theme.

Genesis’ slots range from the dramatic to the humorous, with everything in between. Games such as “Hell’s Grannies: Knit Happens!” are some of the most tongue-in-cheek slots that we have encountered online, while we have been enthralled with the dark and moody vampire game “Bloodlines”.

Most of the Genesis library is distributed through Micogaming’s Quickfire platform, and are therefore available at casinos that offer those titles.

Genesis Gaming puts its games out for punters in a variety of ways. The biggest of these is through the PC system, which you will see when Microgaming or IGT release the titles with their partners. Mobile has grown to become a large part of Genesis’ plans in recent years though, and most of the slots in this developer’s library are available for play on Apple, Android, and Windows smartphones and tablets.

Land operations are also a decent portion of Genesis’ business, as the group does provide some of their titles in physical cabinets, which in turn are deployed at the brick and mortar casinos.

Because it offers its games to several large betting brands, Genesis Gaming’s software is routinely audited and tested for security and fairness. These processes are generally carried out by the companies who license the slots, such as Microgaming, who in turn is a founding member of the independent standards organization eCOGRA.

This allows you rest assured that the games you play from Genesis are entirely safe and that the group is playing entirely by the rules.

Genesis Gaming is a multi-national corporation who focuses solely on slot games. The group’s games are excellent, with each title standing out in terms of gameplay and theme. Each of these titles is available on PC and mobile platforms, while land based operations offer a few of Genesis’ titles.

Additionally, Genesis Gaming’s titles are tested for fairness and security, allowing players to spin the reels without the fear of being cheated. Players can expect to see Genesis titles on big name platforms such as Microgaming Quickfire, and through IGT, who licenses the slots. This means that you will find Genesis slots at big name operators such as ComeOn! and BETAT. 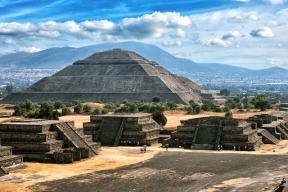 Genesis Gaming has released a massive 11-reel video slot by the name of Temple of Luxor, and it's a very atypical video slot experience. 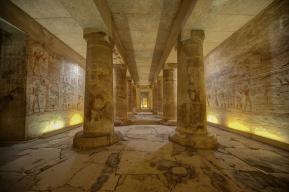 The new Genesis Gaming title Temple of Luxor has been released exclusively to Unibet for a short period of time before its wider release. 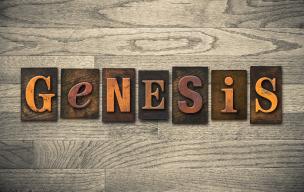 A new content deal between Big Stack Technologies and Genesis Gaming will see the latter offer up all of their video slots for distribution.