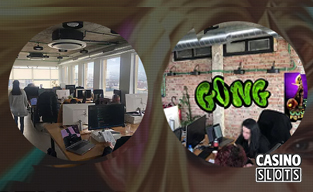 Entering the industry in 2020, Gong Gaming Technologies joined the scene to bring immersive online casino games. Thanks to the unique blend of sophisticated technology and breath-taking art, their releases push all the boundaries of content development.

Gathering a couple of experts, the team has extensive knowledge and wealth of experience and knows how to use them to deliver games that players will love. On top of that, they even have genius in-house Genome technology which enables efficient production.

Which are the simplest words to describe Gong Gaming’s essence?

Their ultimate goal is to create sensational premium products which will not only showcase their high level of expertise but leave consumers speechless. Thanks to the strategic agreement with one of the leading brands in the industry, its games are already available worldwide.

This insightful review is your unique opportunity to meet Gong Gaming Technologies, its landmark deal with Microgaming, and take a quick look at their catalog, so stay tuned!

What this studio has are years and years of collective experience, as a couple of passionate veterans are in the leading positions.

Dima Farban, the company’s Co-Founder & CEO, has been a Managing Director of Spintech Bulgaria for three years. He also worked on multiple positions in Playtech for four years- Game Producer, and Game Mathematics Designer.

Oren Gal, also Co-Founder as part of Skywind Group LTD for more than four years as the Executive Game Producer & Creative Director. In addition to this, from 2012 to 2014 he was Head of Art in Win Interactive LLC. This company is owned by bwin.party digital entertainment, and it develops and publishes Social Casino Games for Facebook and Mobile.

Led by a duet of highly-trained enthusiasts, who have gathered lots of knowledge and skills in renowned companies, Gong Gaming Technologies is bound to conquer the industry. After all, it has already grabbed the attention of one of the most reputable content developers. 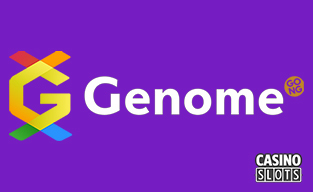 Making sure they are equipped with the right tools to deliver excellence, the team crafted its own platform. Dubbed Genome, this smart and simple solution enables faster and easier content production.

Interestingly, the team has selected Genome to be the name of its solution, and as you all know, genomic technology has made a huge impact on numerous fields, such as medicine, agriculture, and more.

A couple of years ago, mobile gambling was considered to be the future of entertainment, but nowadays, developers need to brainstorm more new ways to keep players interested and engaged. Perhaps that’s what this platform is made for. 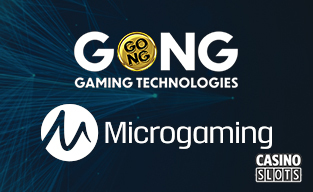 One of the best ways to gain wider visibility is to team up with well-established brands, and that’s precisely what Gong Gaming did.

In April 2021, the studio joined forces with Microgaming. The leading aggregator penned an exclusive supply deal with up and coming developer, so to additionally diversify its already impressive portfolio. Worth mentioning is that this gargantuan provider has an impressive network of independent brands. Some of the producers operating as a part of the network are Gameburger Studios, Alchemy Gaming, All41 Studios, and many more.

Both teams are positive that this cooperation is bound to bring lots of mutual benefits, and what’s most important-more value to clientele. To mark the occasion, Gong launched Inferno Gladiator via Microgaming's platform.

It’s interesting to point out that this is not the first product the producers are delivering united. They already treated punters with a duet of adventures- Skulls Heap and Pirate’s Quest.

Catching a Glimpse of the Portfolio

Those three games we mentioned so far are enough to give a hint that their catalog is home to a multiverse of popular themes.

Inferno Gladiator is a well-illustrated homage to Roman gladiators, filled with the most interesting symbols. It is arranged as a 5x3 reel, with 25 paylines, and packed with Wilds, extra rounds with Sticky Wilds, and Multipliers up to x10.

Then, Skulls Heap, which hosts more or less the same selection of components as Inferno Gladiator, is an homage to Spanish culture. But, instead of paylines, this 6x4 grid brings 4,096 ways to win. It comes with a max win potential of 3,000x the stake.

If you are a fan of pirate-themed games, there’s Pirate’s Quest, a 5x3 story, with 25 paylines, enhanced with bonus features: wilds, bonus rotations with Level Up feature, and multipliers. Speaking of Level Up, punters look for Ships on the reels and as they collect, they progress on the map. The higher the position on the map, the more valuable the multiplier becomes.

Furthermore, the forward-thinking gang found inspiration in Irish culture as well, portraying it in Lucky O’Mega. There’s Piggy Luck featuring colorfully dressed pigs as main stars, and Queen of Treasures, filled with the shiniest treasure one can imagine.

As seen from the highlights, features are more or less ordinary, but perhaps those titles yet to come will bring innovations in this field as well. The return to player percentage is neither too high nor too low, it’s somewhere in the middle, revolving around 95-96%.

Knowing that modern-day consumers prefer activating their favorite adventures while out and about, cross-platform optimization is one of the crucial fields to focus on when crafting games.

So, the answer is positive. Their content works flawlessly not only on desktop platforms but across portable gadgets. Punters can launch them on tablets and mobile phones.

While no one can be 100% sure what will the upcoming days bring for content producers, so far it has become more than clear that those who have something distinctive to offer manage to survive.

As for Gong Gaming Technologies, it is quite obvious that they have lots of potentials. Engaging topics, proven features, astonishing graphics, and great music. With a landmark deal penned with Microgaming, their content is made visible all over the globe, which is of great importance for studios who are building their name and reputation in the competitive iGaming industry. 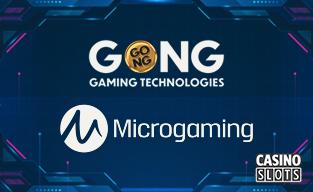 GONG Gaming Technologies has become the latest independent studio to join the Microgaming partnership programme. Inferno Gladiator will be the first...