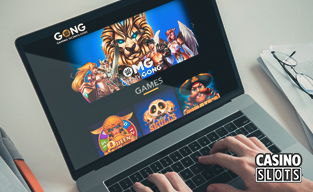 Established in 2020, Gong Gaming Technologies joined the industry to teat punters with sophisticated and action-filled online slot titles. Bringing a diversity of topics, the studio already hinted that they are capable of building games for various profiles of consumers.

To make sure the ideas are presented in the best possible light, the studio designed its own solution- Genome Technology. Smart and simple, this convenient tool makes overall process of game production significantly easier and faster.

As technology advances rapidly, each software developer joining the stage needs to come up with something truly authentic to make its products distinctive. Gong’s formula contains innovative math models wrapped up in immersive themes.

April 2021 represents a turning point for the developer, as it joined forces with one of the leading software providers Microgaming. Inferno Gladiator marked the official beginning of the collaboration, but two companies have already collaborated on other slot projects.

Would you like to take a closer look at Gong Gaming Technologies’ content portfolio, and the features they incorporate in games? Here’s the chance, so keep reading!

Variety of Genres in Portfolio

Let’s start with Inferno Gladiator, the ice-breaking release which marked the successful partnership with Microgaming. Roman-themed slots are extremely popular among fans of digital-one-armed bandits, which is probably one of the reasons why the supplier didn’t want to miss the chance to include one in its catalog.

There’s also Skulls Heap, which draws inspiration from wealthy Spanish culture, filled with the most colorful selection of artifacts and characters. Then, Pirate’s Quest, a buccaneer-themed adventure takes punters on a fun-filled treasure quest.

Furthermore, the portfolio accommodates Piggy Luck, Queen of Treasures, Maya U Max, Empire Shields, Zuma Riches, Lucky O’Mega, Book of Raider, with plenty of more to come. As seen from the listed titles- all the hit themes are covered. 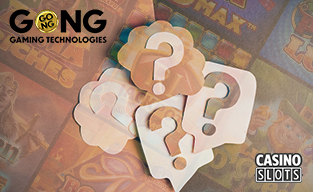 Exploring the adventures from this creative workshop, punters will discover an ordinary selection of features. There are extra spins and Wild symbols, as well as multipliers. Some of the releases come with interesting side missions. For example, Pirate’s Quest contains a Map, which gives punters a chance to progress by collecting ships and lay hands on higher multipliers.

As for the structure, some of them are arranged as classic grids with paylines, while the others bolster winning ways. In terms of RTP, the ones presented so far revolve around 96%, while the variance is medium.

What this team does is certainly nothing revolutionary, but it is more than obvious that they have all the skills and knowledge to bring immersive concepts to life. Adding more spice to the overall atmosphere is a breath-taking soundtrack each of the games has.

Finally, their entire portfolio is optimized for mobile gadgets as well, allowing players to spin the reels on smartphones and tablets wherever they are. Having all these crucial elements combined in one place, Gong Gaming Technologies stands all the chances to conquer the global audience rapidly.