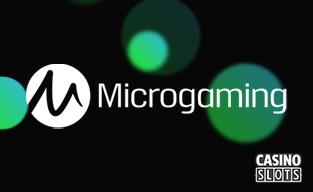 January 2021 see a wide range of new slots joining the Microgaming platform. These PC and mobile games come from a number of independent studios and cover a diverse selection of topics and styles. Players at Microgaming-powered sites will be able to enjoy slots based on leprechaun detectives, King Kong, surfing, and more.

The Headliners in January

The Bounty is a Western-style slot from Snowborn Games, where players can win a jackpot by matching six wanted posters. It comes with an unlimited number of free spins with win multipliers, and where bullet symbols add to the length and value of the feature. The Bounty is available from 7th January.

On January 5th, the Shamrock Holmes Megaways slot from All41 Studios hits Microgaming casinos. Players have up to 117,649 ways to line up symbols across the reels, and can trigger features such as Magic Forest Respins with a guaranteed number of ways to win. A Rolling Reels mechanism can lead to several wins in a row during the base games, respins, and in a free spins feature. A rising multiplier on each Roll during the free spins can create the biggest wins.

The independent Foxium Studios launch their latest slot on 12th January. Foxpot is a 3-reel, single-line game where a ‘Fox Wheel’ can spin up special features and the biggest prizes. Players can claim multipliers, cash awards and respins, along with jackpots worth up to 10,000x the stake.

Hyper Strike is new from Gameburger Studios. It’s a 5-reel, 20-line slot set for launch on January 19th, and where scatter symbols can award payouts of up to 2,000x the total bet. A gold star wild symbol pays up to 125x the bet on each payline, and players can spin a wheel to unlock up to 30 free games.

A giant ape rampages across the 5 reels of the Forgotten Island Megaways slot from All41 Studios. It comes with the Rolling Reels mechanism, and when the Kong Spins get triggered, a multiplier boosts potential payouts on each Roll. There’s no upper limit to these multipliers, and the Megaways system can create a vast number of ways to win across the reels. Forgotten Island Megaways lands at Microgaming casinos on 26th January.

Other games added to the Microgaming platform in January include the surfing-themed Bondi Break from Lightning Box Games, which is set to make a splash at casinos from January 21st, and on the same day, 77 Mega Deluxe by Crazy Tooth Studios is also released.

Whisker Jones from 1x2 Gaming comes out on the 18th, and on the 28th of January, the wildlife-themed Animals of Africa slot from Gold Coin Studios is set to bring lions, elephants, and zebras to Microgaming casinos.

January ends with the release of Roulette x5 from Golden Rock Studios. It’s a classic European Roulette game but one where players can select a 2x multiplier without affecting their winning odds.

Celebrate the new year and look out for this dazzling array of new games at Microgaming casinos during January 2021.

Source – Microgaming rings in the new year with a host of exclusive releases, 10 Jan 2021,  www.microgaming.co.uk/news