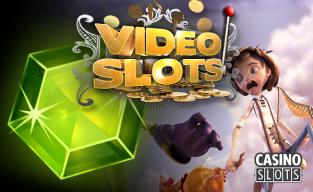 Videoslots.com is a company known for offering many online slots, and they have recently broken a huge milestone along those lines. They have recently added their 2000th title, and this comes after they've already had tons of good news in their financials and other aspects of their business so far this year.

Game number 2,000 came thanks to Red Tiger, and it was their Three Musketeers slot that made the jump into the 2000s. Videoslots.com is one of the first online casinos to have this game as a part of their plan to expand even further than they have already. More games seem to always be coming to this casino, and that's a part of their overall strategy to be the one-stop shop for all online slot fans. With this piece of news, it's pretty clear that they have been doing a great job of this.

This company has gotten plenty of other great news recently as well. Their first quarter of 2017 gave them a 106 percent increase in their total number of active players compared to the same period for last year, and their revenues are also up 78 percent during the same time. These numbers indicate a great amount of growth for the company, and it's clear that their approach of getting content distribution deals with as many high-quality online slot providers as posible has been paying off.

This casino was started in 2011, and they focus on having one of the largest varieties of online slots that can be found anywhere. That much might be apparent by the name, but the fact of the matter is that they have recently added their 2,000th title, and we wouldn't be surprised to see them break 2,500 (or more) by the end of the year. They have been particularly aggressive about promotions and giving players more and more games, and that strategy has definitely paid off for them so far as they are in a period of huge growth.