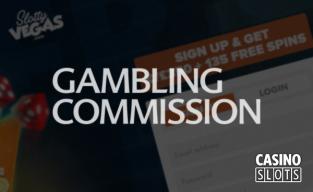 Slotty Vegas and BetAt could soon disappear from the British online casinos market. The UK Gambling Commission has announced that the operating license for both sites, held by Max Entertainment Ltd, is to be revoked.

The ruling is due to the lack of documentation relating to a management change in 2018. Max Entertainment is appealing against the UKGC decision.

The Background To The Ruling

In May 2018, Max Entertainment took over Malta-based NNR Entertainment, gaining control of Slotty Vegas and BetAt. The UK Gambling Commission has asked for details about the financing of this purchase and has based their decision to revoke the operating license on the basis of the evidence supplied by Max Entertainment.

In a statement, the UKGC reveal that they would not have granted a license in the first place, as they do not know enough about Max Entertainment to trust them to run an online gambling operation. It appears that the UKGC is not satisfied with the information given to them, as some of it was conflicting.

The company has been told to stop operations in the UK by 18th June and to exit the country in an organised, responsible way.

An Appeal By Max Entertainment

Max Entertainment has released a statement saying that they are to appeal this decision, as it's clear that the company would be granted a license if it applied today. The company states that some parts of the ruling are misleading, particularly relating to their past finances and the information supplied to the UKGC. It's been established that Max Entertainment is on a sound financial footing and that the business is being run properly.

They noted that while the UKGC could have immediately revoked the license, they choose to give notice to Max Entertainment. This has given them time to appeal. The company is, however, reviewing its position in the UK market and looking to set up in other countries.