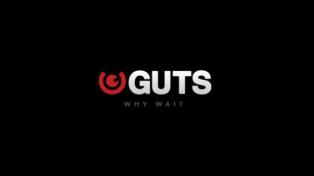 It's a big birthday party online right now thanks to the third anniversary of the launch of Guts Casino and Guts Sports. They're thanking their players with a sizable celebration that includes some cool promotions. Even though it's their birthday, it's the players who are getting the gifts in this arrangement, and it's hard to argue with that. Check out what they have for players in each of their main properties below.

For players who have never deposited, they're getting a new deal up through May 11 to help celebrate. You can get 300 percent on your initial deposit along with 10 free spins on the Jimi Hendrix slot, a new game by Net Entertainment that's gained a lot of attention. You'll need to use the BDAY300 promo code to claim this offer, but it's a great way for a new player to add value to their bankroll and boost their account balance at the same time. A larger account balance means more opportunities to win, so there's no reason to leave that money sitting on the table.

Make a bet of at least €5 at Guts Sports to qualify for their Highest Odds Competition. The players with the highest winning odds from May 6 to May 22 are going to split a prize pool worth €1,500. This is a cool promo that's a bit different than anything you normally see, and it's a fun way to take a break from the slots and other games that they have available.

To really drive the three-year anniversary home, Guts Casino is giving players three weeks of special offers. This includes 300,000 free spins being given away along with three different reload bonuses each week, €300 bonuses and three different grand prizes for players who take part in the festivities. Overall, this is a really exciting way to give players value and to celebrate a major milestone for this online casino, and we're sure they're going to continue to see a lot of success in the future because of the combination of their great software selection from Microgaming, BetSoft and Net Entertainment as well as their other frequent promotions.