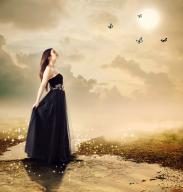 The upcoming Koi Princess online slot by Net Entertainment has a smooth Asian theme that's been really shown off in their recent preview of the game. It has a sort of anime-inspired theme with the princess herself standing to the left of the reels while you play, and the background is in front of a beautiful landscape with the same visual style. This game combines modern and more classic aspects of how Asian culture is presented to give players a pretty cool experience.

In the preview they've given for the game, it seems like there are 20 paylines with five reels and three rows. Coins start off at $0.01 and go up to somewhere between $0.50 and $2 apiece, and players can be as many as ten coins on each payline. An autoplay feature is available with various options, and there are animated celebration scenes by the princess herself whenever you nail a winning combination. While the format and layout of the game is somewhat standard, this doesn't take away from how appealing the graphics and sound are for this game.

The A, K, Q, J and 10 symbols are the low-end symbols for this game, and a variety of stylized dragons in different colors make up the higher paying wins. Wild symbols appear on every reel, though they aren't stacked and don't expand. Sometimes a set of three fish will appear below the reels, and you get to pick between them for extra features and value like guaranteed wins. A dragon bonus symbol can also show up on the reels, and three of them will trigger a spinning wheel to determine if you get free spins, an instant win or other goodies. You can also pick up guaranteed win spins that are obviously a good value.

Net Entertainment always seems to be moving forward, and that's exactly what they're doing with this upcoming release. Koi Princess is a great example of how they can take an Asian-themed slot, something that's seemingly been done to death, and do it in a way that makes it really stand out. Not all software companies can do this, but NetEnt does it on a regular basis.

If you're interested in trying this game, check out Guts Casino.