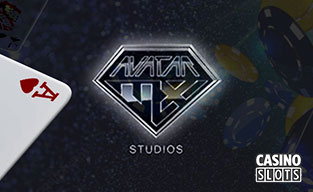 In recent times we’ve witnessed the emergence of so many new software companies, most of them small, indie ones. AvatarUX is definitely one of them, but it has caught our attention as it seems to have a good strategy for conquering the world.

Unlike many of their peers, they have decided that it is futile to fight the numerous rivals on their own. They went down the easier and smarter path - they have signed an agreement with an industry leader, so they have access to precious resources. The final outcome of it all is that their games will reach a much larger number of players everywhere around the world.

Now, let's dig a little deeper and show you why these guys are definitely worthy of your attention!

In 2019, AvatarUX signed a very lucrative deal with Yggdrasil, one of the leading software companies. This partnership will put the small developer in good company, as they become a part of the exclusive Yggdrasil Game Server or YGS. As YGS Masters, they will gain access to BOOST, a highly advanced promo tool.

When we asked Stuart McCarthy, Head of Studio Partnerships at Yggdrasil to comment on the partnership, he said: “We are hugely excited to be partnering exclusively with AvatarUX. What we have seen so far has been stunning so we can’t wait to release a series of collaborative new titles onto the market. As a publisher looking to work with studios around the globe that fit local criteria.

YGS Masters is about forging partnerships with the world’s premier independent studios that fit in with local criteria across a multitude of markets. This then brings new, high-quality and highly original gaming experiences to our customers.”

On the other hand, Carson Wan, the Managing Director of AvatarUX had this to add: “We are thrilled to be working with Yggdrasil. The YGS Masters program is rapidly growing to become a leading venture allowing independent studios to blossom, and we eagerly look forward to being part of it.

Our games are unique. Why do we make slot games in Asia for the European market? Well, it worked for Bruce Lee! YGS Masters now gives us the opportunity to use Yggdrasil’s infrastructure and platform capabilities, including BOOST®, to really push us, enhance our games and take our business to the next level.”

AvatarUX have but one mission and that is to create games that are highly engaging, basically games that players simply WANT to play. All of the stages of development of each and every game are only focused on the best gaming experience possible. With this in mind, let us now take a closer look at the two games these guys have produced so far, shall we?

Hell doesn’t seem like a nice proposition, even within a game, right? Well, these guys have somehow managed to make it work, as they have an amazing game out, and it’s called Lilith’s Inferno. Over here you are supposed to fight many beasts and obstacles to make this hellish place a heavenly one once again.

The second game they’ve released is called PopRocks and it involves popping some mystical gems that release arcane powers. This is the first game in a series of games called PopWins.

As AvatarUX hails from Hong Kong, it is only logical that they want to create games that draw a lot of inspiration from Asian culture and tradition. Since they aim for European and American markets, which are saturated with slots about ancient Greece and Egypt or clones of various successful games, they will provide these markets with a much-needed breath of fresh air.

Even after a quick glance over the two games from their portfolio, it is plain to see that these guys are really big on animations and flashy graphics. Even though the design of the games and the exotic themes draw a lot of attention, when it comes to mechanics, these guys aren’t that much different from what’s already popular on Western markets.

…these games aim to provide something different, so, for example, you can have some interactive features, like boss battles, which are copied directly from vintage arcade machines. There are also a lot of features borrowed from the world of mobile gaming, which clearly shows how forward thinking these guys really are.

All things considered, AvatarUX seems to have quite a future ahead, mostly thanks to the fact that they are now on the YGS Masters roster. These two games they’ve released so far show great potential, so we definitely can’t wait to see more!