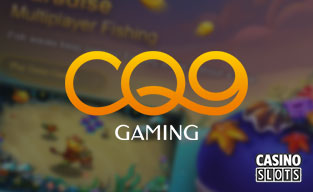 So, what exactly is CQ9 Gaming? You might have heard about these guys, as they are a small software company from Taiwan. They have started off in 2016, but after only a few years they have managed to conquer many other markets, mainly in Europe.

Their portfolio of games has more than a hundred different titles, mostly derived from various Asian themes, but they also make games that would appeal much more to players outside of Asia.

The problem with most well-established companies is that they usually get stuck in their routines, and aren't willing to try new things. CQ9 Gaming is a company that stands right at the other side of the spectrum. They offer excellent graphics and animations and thought-provoking innovations.

Aside from this, the folks at CQ9 Gaming have signed some lucrative deals, which helps them spread their magic over the European markets, as well.

What Kind of Games Do They Make?

Even though they do come off as quite an adventurous bunch that’s willing to experiment and try new things, there are still a few things with which they do take a somewhat more traditional approach.

…they will throw in an occasional progressive jackpot here and there, and it’s also worth pointing out that the majority of their games rely heavily on the traditional Asian themes.

Of course, we need to acknowledge the fact that the development team can rival those who work at NetEnt and Microgaming, and that is probably why they there are other games as well, inspired by the culture of the Western civilizations, including pharaohs, Cleopatra, Greek Gods, Sherlock Holmes, football, and so on…

All in all, they have more than a hundred different games in their portfolio, so here, check them out, especially the extended list of !

Fishing - In recent times, we’ve seen quite a rise in popularity when the so-called fishing games are concerned, and over here there are four such games - Paradise Leviathan, Oneshot Fishing, Paradise 2: Turn You On, and Thunder Fighter.

Table Games - As the main focus is on the slots, it’s understandable why these guys only have two table games in their portfolio: Two Player Mahjong and Sichuan Mahjong. As you can probably figure out, these don’t have anything to do with traditional table games such as roulette or blackjack.

Arcade - Yes, we know, these aren’t exactly among the most popular games in the iGaming world, but still they do have their own scene, especially in Asia. So, it’s no wonder you can find several in this portfolio, as well. There are three of them, and they are called Jungle Party, Mr. Bean, and Golden Kick.

When you take it all into consideration, it is easy to see why CQ9 Gaming is the brightest rising star among Asian online casino software providers. These guys have been very busy over the last few years, and they have successfully diversified their portfolio of products.

At the same time, they have cleverly conquered many European markets and struck lucrative deals with some of the most important companies in the industry. If they continue growing like this, we might as well see them up there with the very best companies in the iGaming world. Look out for these folks, they are taking the world by storm.