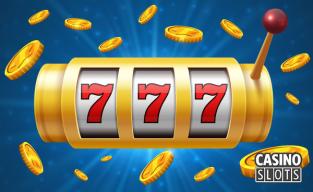 To keep pace with the phenomenal progress of the world’s most popular entertainment, it’s worth checking on our complete list of specific words in order to make shift!

used to set the reels in motion automatically, this feature can be found in almost every slot on the market. Most sophisticated interfaces are enhanced with an advanced Autoplay mode that allows adjusting a certain number of auto spins under various predetermined conditions. Designed for the convenience of the punters, these spins are faster than usual ones.

an advantageous extra that is typically triggered by a certain combination of symbols and results in various prizes (bonus spins, multipliers or instant cash prizes). The first slot to offer a secondary event was Reel ‘Em In created by WMS in 1996. At the present time, the most innovative games can contain numerous bonus features that often come in the form of extremely engaging mini-games.

an arrangement of machines at land-based casinos, usually oval or round.

The type of reel’s mechanic when winning combos disappear from the screen to be replaced by new symbols.

3-reel slots that often don’t comprise any special features and use traditional symbols like fruits, bars, bells, and red sevens.

Coin In/ Coin Out:

the amount of money paid into and paid out by a slot machine.

being one of the popular “myths”, this term is used to describe machines that refuse to give payouts.

valuable icons that take more that one position on the reels. In different slots, they come in various clusters which are really hard to miss. Strolling Staxx by NetEnt is one of the games to feature these giant symbols as the main attraction.

loyalty points earned for playing slots at a punter’s club. Later they can be exchanged for cash or various prizes.

a single unit of currency used by a slot often referred to as a coin.

the value of the coin. Some slots have it preset, others let the player select from the offered range.

some titles may contain regular or special symbols that expand vertically or horizontally to cover the entire reel or row.

a non-progressive jackpot, the one that doesn’t build over time. Often refers to a maximum possible payout on a slot.

games that can be played online at no cost. In fact, it’s a great opportunity to try a certain title without making any harm to your bankroll. 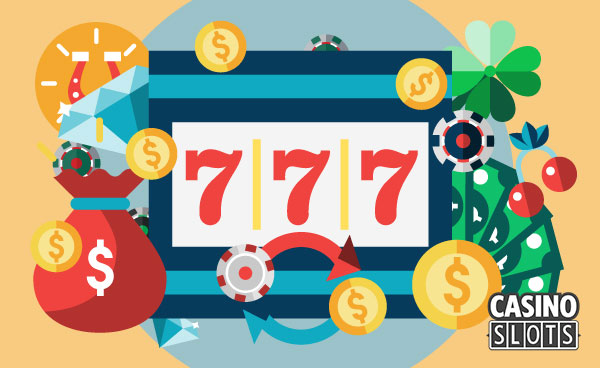 usually triggered by certain combinations, this extremely popular bonus feature awards the player a particular number of spins without charge – exactly as its name says.

British term for slot machines. When it comes to well-familiar fruit symbols, they replaced cards suits for the first time in 1909 with the only purpose – to circumvent San Francisco legal restrictions.

offered by many slots, this option allows to double or sometimes quadruple the prize by gambling it. Usually, the player has to guess correctly the color of a playing card or a suit in order to double or quadruple the winnings respectively. Needless to say, a wrong guess results in the loss.

another (widely used) word for a winning spin.

it’s very important and tells us how often we can expect to land a win. Quite simply, the higher hit frequency, the easier is to get a winning combo.

a container at the bottom of the slot cabinet that holds the coins ready for payout.

a machine, which is in accordance with popular misconceptions pays on a regular basis or “due” to deliver a payout.

the ratio of the expected player loss to the initial amount bet.

quick to download and stable in any browser, games based on the fifth version of the hypertext language structuring can brag of superb 3D graphics and their instant compatibility with all mobile devices.

a maximum payout on a slot. Originated from the poker game “Jacks or Better” around the 1870s, this word is well-familiar to all gamblers. The first ever machine enhanced with a jackpot was created by the Mills Novelty in the 1920s.

an amount of bet per single line that can be set in multi-lined slots with non-fixed pay lines.

the top prize that is built up from the stakes on multiple slots and can be won by any player on those machines.

A long-standing but unproven belief that some machines tend to pay out more frequently. 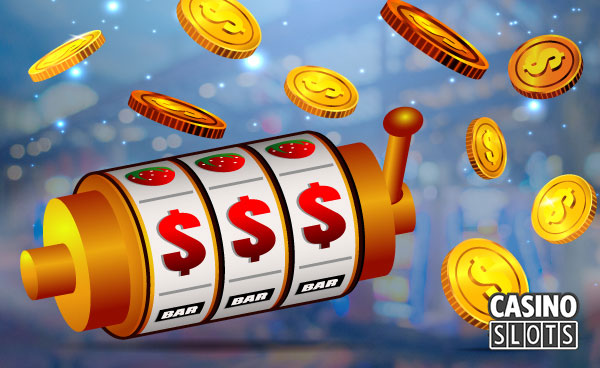 the largest possible amount that is allowed to wager on a single spin. Depending on the game provider and structure of the slot, It can vary dramatically – from the pretty modest figures to thousands of dollars.

the smallest stake per spin that could be truly trifling (just $0.01) in some releases.

just as their name implies, these games can be played on all mobile devices. Moreover, the quality of performances on smartphones or tablets is absolutely equal to the desktop versions.

generally, games that comprise more than one pay line. Multi-line releases can have a different number of fixed or non-fixed lines, where players can complete the winning sequences by hitting several matching symbols (usually between three and five if we talk about 5 reels).

Today, however, there is a plethora of slots that features 243, 720 or 1024 ways to win. Some unique slot mechanics, like BTG’s Megaways™, for example, can generate up to incredible 117649 ways to win at each spin! Naturally, in this case, the lucky combos are reached by landing a certain number of matching icons on adjacent reels.

a special symbol or feature that increases the size of a payout.

one of the earliest names for slot machines derived from the times when all devices had a pulling lever.

a video slot played via the internet at online casinos.

a single line to award a payout based on certain combinations of symbols.

a cash prize paid in accordance with the values of the combinations featured in the paytable.

a summary of payouts, pay lines, featured bonuses and the ways they can be triggered.

a bonus round where players are offered a choice of symbols (or various items) to pick in order to reveal hidden prizes or move forward with the feature.

a popular name for slot machines in Australia and New Zealand. 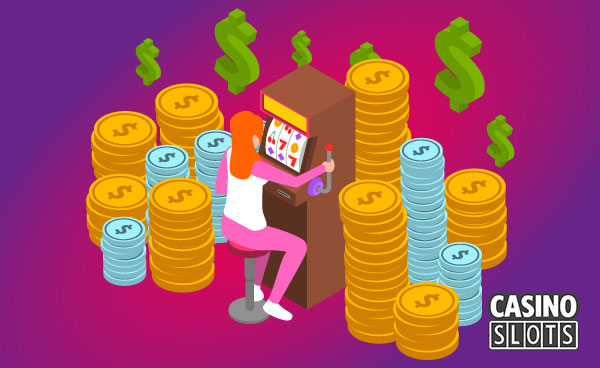 a top prize that grows over time (and can reach really astronomical amounts) when a certain game is played on connected devices. Still common on the floors, so-called local progressive machines can link a hundred of units in one casino while huge networks are able to bring together thousands of slots to generate mind-blowing figures.

With the development of the internet, progressive online slots set new trends and new records in the gambling industry. Microgaming’s Mega Moolah can certainly serve as the prime example of awe-inspiring payouts being currently the Guinness Record holder for the largest payout from an online slot.

a single position on a reel occupied by a symbol or a blank space.

originally the barrels that span inside the appliance window, now they are virtual columns with symbols rotated to present the result of each round.

called ‘the brain of all slots”, this special program controls the outcome of every single spin and makes it totally random. Being a must-have component of all casino games (not only slots), it’s the only one to determine the winner. By the way, the first device that could generate an unpredictable sequence of numbers was patented by Inge Telnaus in 1984.

the long-term theoretical payback percentage from all stakes on a slot. In contrast to the House Edge, it illustrates the amount of all wagered money that will go back to the players.

a special symbol that pays anywhere on the reels regardless of active pay lines.

a bonus feature that demands some skills (target shooting, for example) to achieve better outcomes. In some slots, a player’s skills can influent a variable payback percentage.

a loyalty scheme for slot players established by land-based or online casinos.

a casino employee that works directly with slot players, takes care of their requests and has the power to issue comps.

engaging contests run by online casinos under certain rules when players compete for a pool of specific awards.

these icons have an advantageous ability to come in stacks in order to cover more positions on the reels. Stacked Wilds are usually the most valuable of all.

classic 3-reel machines. Once “stepper” reels were driven by the stepper motor.

wild symbols that remain on the screen for the following spins.

images that constitute the paytable and serve to illustrate values of winning combinations on the reels. The earliest slot machines used the playing cards suits to form the triumphant poker hands while the creativity of modern developers knows no bounds.

the total amount of credits multiplied by the selected denomination placed on a single spin. 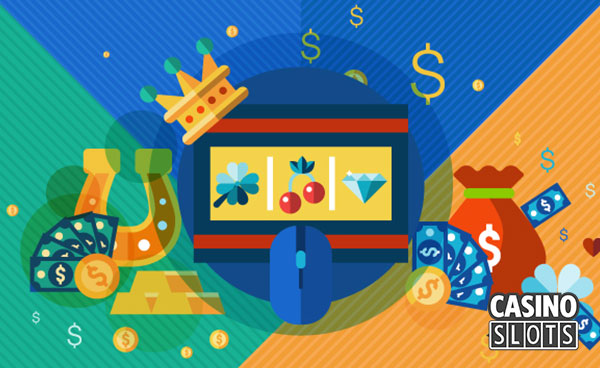 initially the one with a video display (the first true video slot was made in 1975 by Fortune Coin and it did use a modified 19 inch Sony color TV) instead of physical reels. Today we call video slots all games that feature at least five reels, more than five pay lines, and as a rule, some special symbols and bonus features.

in the world of slots, it determines how risky a particular game is and can be high, medium or low. High-volatile titles pay less frequent but bigger sums of money while low-volatile ones give smaller payouts but more often.

a player’s own tactic of using the bankroll in order to optimize the outcome. Some software providers lend punters a hand, for instance, ELK Studios has launched its unique Betting Strategies – predefined betting patterns that automatically adjust the stake level depending on a chosen set of rules.

slot machines that are connected throughout large territories (states, for instance) and build up whooping jackpots very quickly. The first WAP system to see the limelight in 1982 was legendary Megabucks. Created by IGT, it linked a big number of casinos across Nevada.

a special symbol that can substitute for other (usually regular) symbols to complete one or more winning combinations.

while the majority of slots pay only left-to-right starting from the leftmost reel, there are some that award prizes for pay lines both ways, so left-to-right and right-to-left.

the way large jackpots are often paid out since many lucky winners prefer to take an annuity (a series of annual installments) instead of collecting a lump sum and paying an impressive tax.

An arrangement of matching symbols on a payline (or as a specific pattern) that results in a payout.