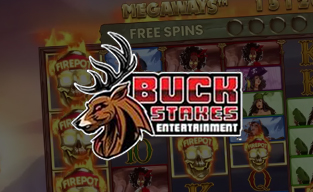 Gathering a bunch of highly experienced people, Buck Stakes Entertainment (BSE) joined the online gambling industry in August 2020, eager to bring more modernization. South African at heart, the studio brings the country’s native spirit and a strong desire to create entertaining and immersive experiences for the most demanding fans of Internet-based entertainment.

Describing themselves as curiously innovative and passionately creative game creators, the studio is not afraid to play with features and concepts. Its premiering release perfectly illustrates its motivation to push the limits.

Has Buck Stakes Entertainment penned any strategic deals so far?

In April 2021, the forward-thinking content provider was welcomed to Microgaming’s network of independent studios. This milestone agreement was marked with the presentation of a feature-filled, pirate-themed slot game- 8 Golden Skulls of Holly Roger Megaways Firepot.

Stay tuned to read more about the Buck Stakes Entertainment team, and find out where to play their games! 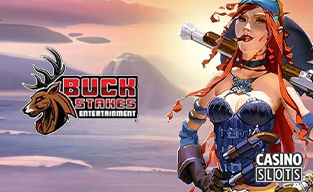 Let’s start with Andrew Guy, the Head of the company since its inception in August 2020. Before that, he was part of the Derivco team for almost a decade. This company is involved in the design and development of trailblazing technology for online gaming.

Andrew first worked as a Lead Quality Engineer, then Business Analyst. After that he was a Team Lead for New Products, then Head of Publishing, and finally head of New Products. Thanks to those versatile positions he acquired lots of useful experience from a diversity of sectors.

Finally, Janine Lusted is the person with the lengthiest and wealthiest experience. She joined BSE in September 2020 as Chief Product Officer.

Just like the rest of the gang, before she was welcomed to Buck Stakes Entertainment, Janine worked in Derivco since 2007. She started as a Designer in Art Department and then advanced to Senior Prototype Designer - Game Design Department. While in that position, she was part of multiple projects that were taken live by Microgaming- Slots, Table Games, Video Poker, Bingo, Live Dealer & Sports Betting, and more.

Being a well-established brand with a long tradition and a pioneer of digital entertainment, Microgaming is an undisputed leader in the industry.

Being more than aware that trends change at the speed of light, this studio needed to find a way to maintain its popularity. It seems as if the company has found the formula, having in mind that their games are still most played in all corners of the world.

So, what’s their secret?

Strategic collaborations with smaller studios, of course. Undoubtedly mutually beneficial, these partnerships help Micgrogaming refresh its colorful offering, and on the other hand, allow those up-and-coming suppliers to exhibit their products to a wide range of clients.

One such example is Buck Stakes Entertainment. The two corporations tied the knots in April 2021, crowning the partnership with a game presentation- 8 Golden Skulls of Holly Roger Megaways Firepot. Even from the title itself, it is more than obvious that this game is all about lots of action, fancy features, and of course a plethora of rewards.

Catching a Glimpse of the Portfolio

As the name itself hints, 8 Golden Skulls of Holly Roger Megaways Firepot is a slot with a pirate theme with a return to the player percentage that amounts to 96.86%. It incorporates Megaways, a popular Big Time Gaming engine, and a Firepot symbol, whose duty is to award cash prizes.

Equipped with 6 reels, plus from 2 to 7 rows, this adventure can accommodate up to 117,649 paylines. When 4 diamond scatters hit the reels, a round of bonus spins is that starts with a spin of the Bonus Wheel is initiated. This will determine the number of complimentary rotations, as well as the round's win multiplier.

A bombastic set of mechanics aside, the provider made sure that visuals are equally eye-catching. Each of the characters is well illustrated and has a unique personality. Spicing up the story additionally is the upbeat soundtrack, thanks to which consumers have the feeling as if truly being on a pirate ship.

Where to Check Out BSE Games?

One of the privileges of operating under Microgaming’s roof is huge visibility from the very first day. All studios take advantage of that and Buck Stakes Entertainment is by no means an exception.

In April 2021, the studio’s game was added to Videoslots Casino, one of the largest operators with a massive collection of online casino games. BSE’s adventurous title is more than a great addition to the venue’s fantastic selection of Megaways titles.

Aside from this operator, players can find their games in some of the following hubs: ComeOn casino, Casoo Casino, Luxury Casino, Slots Magic, and more.

Having in mind that the availability is susceptible to change, the best way to keep track of it is to check our directory from time to time. Based on the country of residence, those suggestions will be displayed, so punters can select the facility that suits them the most.

With its ice-breaking slot game, the BSE team clearly showed that they are highly motivated to treat players with the finest online casino experience. That’s why their products are bound to hit the shelves of numerous parlors all over the globe.