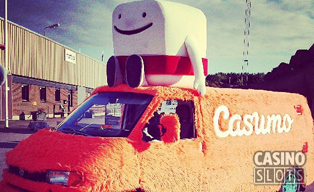 We all dream about picking up a multi-million cash win when we are playing online.  However, this dream became a reality for one Finnish gentleman, when he walked away with NetEnt's Arabian Nights progressive jackpot.

It is a wonderful feeling to call a player and tell him he has become a multimillionaire. Winning a jackpot this big really changes one’s life.

The gentleman in question headed on over to Casumo to play Arabian Nights, when he managed to bring up five of the Wild Ruby symbols on screen at the same time, meaning he had won the games progressive jackpot.  You may be thinking that people win progressive jackpots everyday; however, the Arabian Nights jackpot was up to a life-changing €3.3 Million!

The 50 year old winner has said that he is going to take his time before he dives in and starts spending his winnings, but he did mention that we would like renovate his house.

Not only is this particular slot player €3.3 Million richer, but he also currently holds the title of Europe’s biggest progressive jackpot winner for 2014.  Will anyone take his title, before the year is up?