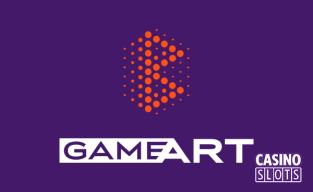 Bitcasino.io has announced an exclusive deal with GameArt that will see the new Joan of Arc slot available to their players a full week before anyone else. This feature-rich slot is themed around the famous French heroine and can be found from 19th September at the innovative Bitcasino.io.

Joan of Arc follows an historical theme that sees a young woman rising up against the English in 15th Century France. This beautifully-designed game has symbols such as Joan, a knight and a castle on the reels, Players will be treated to a rousing soundtrack as battle commences, while a host of bonus features should guarantee that it becomes a big hit at Bitcasino.io and in a weeks' time, at other GameArt casinos.

Alo ngside the standard gameplay, Joan of Arc comes with an 'expand and split' function which randomly replaces and separates any symbols that have arrow borders. When the scatter symbols are seen, this feature awards players with seven free spins.

Bitcasino.io is a part of the Coingaming Group and has become a leading operator in the crypto-currency casinos market. They are keen to expand their customer base by offring exclusive access to new games such as Joan of Arc, and have recently made it even easier to play at the casino by accepting the Ethereum currency alongside Bitcoin. SOC coin is also accepted and Bitcasino.io uses the BTCXE currency converter.

Bitcasino.io is one of the most innovative and fastest-growing casino operators in the industry and we are delighted to have agreed an exclusive deal with them