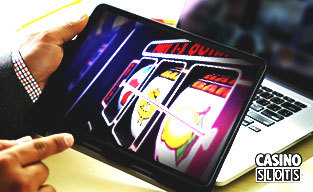 Even though such a name doesn’t seem to fit a producer of slots, this company is pretty successful in making both sleek cabinets and their virtual counterparts. The truth is, with table games as the main priority, the brand has always been known for its massive collection of proprietary blackjack, poker, and baccarat titles but times change and things get different.

Shuffle Master entered the wondrous world of fruity machines at the very end of the last century, rocking the stage with quarter slots based on incredibly popular TV shows: The Three Stooges, Let’s Make A Deal and The Honeymooners. Still, punters who prefer to have fun in the comfort of their homes had to wait for the opportunity to take advantage of exciting bonus features hidden behind the reels of video slots designed by this studio.

Aiming to grow in both new and existed markets, in 1997-1998, the company’s leadership made every effort to diversify the games offering and to facilitate its broader distribution by entering some strategic partnerships, including agreements with IGT and Bally Technologies.

To show the world…

…that Shuffle Master is not just about table games and automatic card shufflers, in 2012 the software developer got a new name – SHFL Entertainment. At about the same time, it shifted the focus to online gambling as a good perspective.

The next year it was acquired by Bally but already in 2014, both became part of Scientific Games, joining WMS, Barcrest, and other brands that operate within this large American gaming corporation.

Not surprisingly, the company debuted at web-based casinos with tables games launching its most popular titles in 2011. Finally, several years later, it was the turn of online spinning and winning adventures – equipped with a 5x3 grids, they’ve never been a kind of plain-vanilla 3-reelers but rather true action-packed video slots. 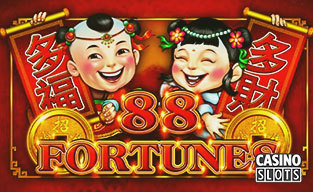 The short answer would be a widely beloved 88 Fortunes franchise enriched with unique bonus features able to generate awesome prizes.

This is not to say, Shuffle Master make only Asian-themed slots, for instance, one of its earliest releases is a typical 5-reel juicy treat enhanced with 20 pay lines and free spins. Called Very Fruity, it was launched under the SHFL Entertainment logo before the brand returned its original name. Being a pretty humble game in terms of visuals, it also had a modest RTP of 95.51%.

…with numerous variations on the 88 Fortunes theme. 243 ways-to-win Dancing Drums is chock-full of glittering treasures, golden rewards, and incendiary extras: pick'em Fu Fly feature, the famous Fu Babies symbols Jackpot, as well as free spins bonus that can be retriggered.

Speaking of massive wins, check out high-volatile Jin Ji Bao Xi Endless Treasure that offers 4 Jackpots available in the Fu Bonus. And that’s not all, because there are All Up Gold Symbol and Top Up features that are definitely worth a shot. The latter has powers to activate streaking respins for hefty wins up to 15,499 times your stake, as well as a chance to hit the grand jackpot.

To further upgrade the franchise, which is always in high demand among casino players, Shuffle Master has licensed a famous mechanic from Big Time Gaming that today brings to life not only BTG slots but an army of pokies made by other developers.

Paired with tremendous 117,649 ways to win, 88 Fortunes Megaways™ is nothing but a gorgeous Asian-inspired package loaded with all the beloved perks, from free spins spiced up with multipliers to Fu Bat Coin and Pick’em features.

To avoid giving you a misleading picture, it’s time to mention one of the recent video slots produced by this game maker as it has nothing to do with the Orient theme. With such an imposing name as King Of Babylon, this 5-reel and 20- pay line game can brag of a generous RTP of 96,47% and truly royal set of add-ons that besides free spins and expanding wilds comprises once-of-its-kind Action Spins Wheel feature.