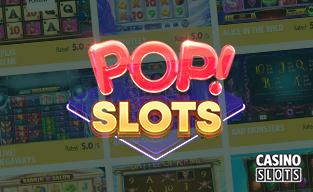 Have you noticed that online casino slots with “pop” in the name are very popular these days?

Many software providers tried their hand at creating different types of popping stories, from Tom Horn with its vibrant Fruits Go Pop! and CQ9 that designed exciting Sweet Pop to Electric Elephant and Hacksaw Gaming, the authors of Star Pops and Hop’N’Pop respectively.

BTG’s Pop is one more spinning adventure that comes to mind since it is also in high demand among players. And, of course, it is impossible not to mention US-friendly Betsoft that produced a series of everybody’s favorites: Monster Pop, Chilli Pop, Sugar Pop (and the Double Dipped sequel), plus incendiary Paco and the Popping Peppers.

And what are the most popular Pop Slots?

Still, there are Pop slots that stand out in the blur of other bright stars. We bet some of you have already guessed that we’re talking about games powered by the PopWins™ mechanic built by AvatarUX on the Yggdrasil Masters platform and first introduced in 2020. If so, there is no need to explain to you the benefits of this terrific feature designed to boost player experience by generating additional chances to hit a win.

However, if for some reason these engaging video slots haven’t popped up on your radar yet, keep reading to find out what you missed. Going forward, you missed quite a lot because each installment in the series is unique in its set of extra features. Luckily, it is never too late to catch up and have first-hand experience spinning the reels that expand to create more chances to take full advantage of the captivating stories packed with staggering winning potential.

Launched in April 2020, PopRocks officially became the first in a series of PopWins casino slots. A low volatile game with an impressive maximum win of $721,880, it attracted players by its retro electric vibe, solid RTP of 96.4%, and magnificent gems which possess truly arcane powers and use them to expand the reels, increasing the number of winning ways up to 33,614 and multiplying prizes.

This sparkling extravaganza of precious stones is based on the standard 5x3 grid that can grow in height up to form a 5x7 playfield. As soon as all five reels are expanded to contain 7 symbols, the Unlock Wild feature is triggered to award a random wild and increase the multiplier by 2x instead of 1x for every 7th Pop. An affordable range of stakes sandwiched between $0.10 and $10, as well as an average hit rate of 22%, made PopRocks a game for everyone, paving the way for future releases. 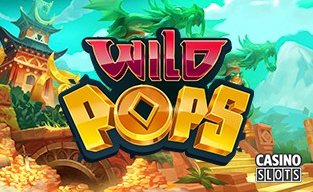 The second game in the PopWin series, WildPops hit the floors of online casinos just three months after the debut of PopRocks. Inspired by rich and mystique Asian culture, this vibrant story features cheery dragons that are in charge of world-class entertainment and wild wins. It is a pay-both-ways slot able to generate up to 33,614 lucky sequences and deliver whopping prizes of up to $ 885,350.

WildPops is enhanced with random wilds that appear after every third winning round of Pops to substitute for regular symbols and complete as many winning combos as possible. It is also the first title to offer Extra Lives, a really advantageous feature available in the bonus mode when the grid is expanded to 7 columns high. Players get 3 additional lives that are used after no-winning spins, so instead of paying for new rounds, they consume the awarded re-spins.

The third adventure based on the powers of the PopWins mechanic that extends the reels after each winning spin, CherryPop is a feature-packed tribute to an old good one-armed bandit. Available already at $0.20, this game boasts a huge max win of $2,255,440, returning to players a pleasant 96.2% of all staked money, in the long run, of course.

To the delight of many online slots buffs, this stunning retro arcade fruit machine bursts not only with juicy flavors but also with free spins. The sought-after feature is triggered when the initial 5x3 grid becomes a 5x6 playfield but before starting to spin on the house, players have the option to gamble their way into even more free rounds. The bonus begins with an initial multiplier of 2x while each winning pop-round increases it by 1x.

Buy Bonus is another novelty introduced in CherryPop, so those who do not want to wait for free spins to be triggered can simply pay a 75x bet for immediate access to the feature. During free spins, the reels can expand to 9 columns, making enough space for generating up to 59,049 ways to win. 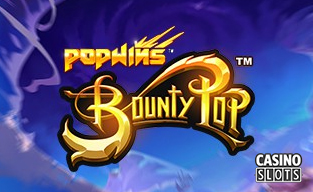 Heartened by the fact that their first three Pop Slots were warmly received by the gambling audience, AvatarUX closed the year 2020 in high spirits and with the fourth installment in the series called BountyPop. Launched in November, it offered a spooky pirate theme, between 243 and 59,049 ways to win, and a max win of $1,100,000 that could be hit from a maximum bet of $20.

And the star attraction of this casino slot?

No doubt, it is Mystery Wheel, which can be activated both in the base game and during the free spins bonus. The wheel has two rings (outer and inner) with different sets of rewards that come in the form of multipliers of up to an incredible 100x. The scheme is pretty straightforward, landing the arrow symbol on the outer ring sets in motion the inner circle. While there is only one variant of the Wheel in the base game, during free spins, players can get Bronze, Silver, or Golden Wheel if the reels have extended to 7, 8, or 9 symbols respectively.

When it comes to free rounds, the feature is triggered by hitting at least three scatters, and players get 6, 9, or 12 free spins if 3, 4, or 5 scattered icons appear on the screen. One more interesting detail, the starting reel configuration is chosen at random and may include five different options, from the 4-3-3-3-4 layout to the combination when all reels have 5 rows. Buying into the feature costs 100x bet, just in case you were wondering.

The year 2021 brought the same number of Pop slots as its predecessor and incendiary TikiPop was given the honor to become an opening game of the season. Able to generate up to 33,614 ways to win and deliver prizes that reach sky-high $1,600,000, this mysterious adventure across the Mexican jungle is chock-full of free spins with multipliers.

Activated by 3, 4, or 5 scatters, the bonus can offer 7, 11, or 15 bonus rounds respectively, the initial multiplier is set at 1x but each win increases it by 1x or even by 2x if all reels are unlocked. The feature can start with one of the five possible variants of reel layout while players also have the option to press the Buy Bonus button and pay a 100x bet for getting straight to the chase.

Up to 4 additional free spins can be awarded to those lucky players who have managed to unlock the reels completely. Similar to other games with the Gamble Wheel extra, TikiPop offers punters to take a chance and try to get the next-level free spins feature. This casino slot has an amazing hit rate of 67.1% in the base game, which makes it a truly exciting and dynamic quest for ancient treasures. 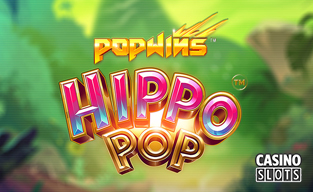 With a striking winning potential of $1,926,000 and super-high volatility, HippoPop definitely lives up to its name. Launched in May, this spectacular tutti-frutti burst is enhanced with some truly delicious treats: free spins with multipliers and hippo payouts. Everything starts with a standard 3x5 grid that can grow into a 6x5 field during the base game or become even larger in the free spins, containing up to eight rows and generating up to 65,536 ways to win.

Set against the backdrop of magnificent Amazonian landscapes, the reels are home to a kaleidoscope of sculpted totems and a colorful Bonus Wheel intended to add more free spins to the guaranteed 5 rounds awarded as soon as the grid reaches 6x5 format. But that’s not all as Hippo symbols grow taller and significantly increase the value of standard payouts – of up to 4x for reels, which contains 8 rows. Access to the feature can be also bought for an 85x bet.

Exquisite and refined just as all products inspired by the glitz and glamour of Art Deco, PapayaPop offers a traditional fruit-themed casino slot wrapped in the most luxurious package one can imagine. Debuted in September 2021, it can brag of not less alluring winning potential capped at a glorious $1,054,200 and an extensive range of stake that starts at $0.20 and goes until the maximum wager of $100.

With the potential of creating up to 118,098 ways to win, this exotic combination of stunning visuals, captivating jazz soundtrack, and of course, famed PopWins mechanic is set to deliver unlimited free spins – can you think of a better-thought extra feature? To make things even more exciting, the free spins bonus starts with a 2x multiplier, which increases by 1x after each new round. The buy Bonus option is also available and costs 75x bet. 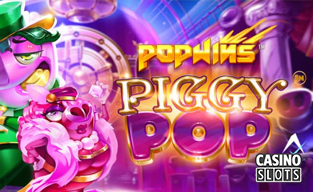 The last Pop slot of 2021, PiggyPop is all benefits and privileges of the high-off-the-hog life. Similar to widely-beloved Piggy Riches Megaways, filthy rich and greedy pigs are the main characters, who are in charge of delivering (even unwillingly) huge wins – of up to $1,069,000! In contrast to other games in the series, it has a bigger starting playfield with 6 reels and 4 rows.

It is a high volatility casino slot, which is able to create 524,288 ways to win when the reels reach their full capacity of 8 rows. Naturally, untold riches are hidden mainly in the unlimited free spins with multipliers – watch out for the Golden Pig icons that unlock splendor awards. The Gamble Wheel can reward a pretty generous initial multiplier to lucky punters while the enhanced Buy Bonus feature can get them direct access to free spins for 100x bet or provide the extended free spins mode with 93,312 starting ways to win for 400x bet.

Even though the global-scale premier of LolliPop is set to take place in April 2022, players already can enjoy the sweetest and tastiest Pop slot ever! On the last day of January, it hit the virtual floors of online casinos that are exclusive partners of AvatarUX. With a max payout of 13,000x bet, which means a staggering $1,3M for the max stake of $100, it is destined to become the next firm favorite of all punters who have a sweet tooth and love the thrills of high volatility games.

Stuffed with free spins, which are triggered by scattered lollipops, this awe-inspiring candy shop also has in stock a sugary Heart symbol that adds 1 or 2 Extra Lives and increases the reel height. During the feature, scatters can upgrade to a higher value, which results in even more impressive prizes. This game also contains the Gamble Wheel extra for those who want to try their luck with getting more lives and extended reels.

And yes, players can choose between a standard buy Bonus option that costs a 200x bet and a Buy Bonus Max variant, which comes with a five-time bigger price but besides direct access to free rounds, it also provides 5 extra lives and a 5x5 starting grid.

Huge winning potential packed in incredibly exciting extra features – now you can see why more and more players chose AvatarUX online casinos to have fun. Among the gaming websites that offer Pop slots are such big-name operators as Playerz, Bit Starz, Oshi, Casumo, Casino Masters, WildTornado, Bitcasino.io, Bitcoincasino.io, and others.