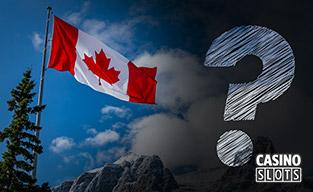 Well before its official launch on April 4, 2022, Ontario’s online gaming market became one of the world’s most sought-after destinations for many casino operators and software providers. The most populous Canadian province with about 14.5 million residents, it is rightly considered a place to be by both big-name and up-and-coming suppliers of online slots and other Vegas-style games.

The Government of Ontario has been closely working with the AGCO and its iGaming subsidiary to establish a highly competitive internet gambling market, able to facilitate the best player experience, which is not only exciting but also safe and secure. Some operators applied for the licenses well in advance and started to offer their products and services right from the get-go while others are currently waiting for the green light from the AGCO (Alcohol and Gaming Commission of Ontario).

The province has ambitious plans for the near future, expecting the local market to reach $1 billion in revenue in the next two years. No doubt, we are likely to see many more both well-familiar and new names joining Ontario’s iGaming scene. And now, let’s see which casino software developers are already present in the second-largest province of Canada. 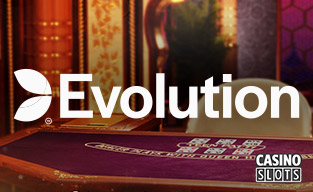 Second to none when it comes to live dealer entertainment, Evolution became part of the emerging Ontario market on opening day. On April 4, one of the world’s largest iGaming companies made its products and services available across multiple online casinos licensed in the province, including 888, BetMGM, LeoVegas, and Rush Street Interactive, to cite a few.

From day one, players got access not only to the industry’s largest and most diverse portfolio of live tables and game shows but also to top-notch casino slots made by NetEnt and Red Tiger. Both brands have been part of the Evolution Group since the end of 2020 when Evo completed the acquisition and took its total shareholding in the Swedish creator of Starburst, Gonzo’s Quest, and many other long-time favorites.

Since Evolution does not seem to stop with adding renowned slot makers to its already impressive family, chances are, punters who reside in Ontario soon might be able to enjoy spinning adventures made by BTG and Nolimit City. Recall, the inventor of Megaways was acquired by Evo a year ago while Nolimit City, also well-known for its proprietary mechanics, is expected to join the team any day now. 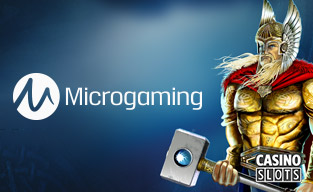 The “father” of online slots is another pioneer of the regulated Ontario market. This software developer hardly needs a special introduction, all the more so, it is globally famous not only for its exciting games but also for the world’s largest Progressive network that has already made many instant millionaires.

By the way, to celebrate the new milestone  in the company’s expansion strategy, Microgaming launched a brand-new Maple Moolah range exclusively for the freshly-opened market with a progressive jackpot seeded at whopping CA$1M! To the delight of local players, the very first title in the range was Canadian-themed Gold Factory Jackpots: Maple Moolah, a 25-line story based on the famous smash hit Gold Factory. 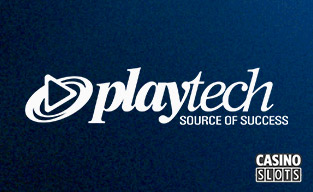 Playtech is another industry giant that made its Ontario debut on day one with multiple licensees thanks to the strategic partnership with NorthStar Gaming signed at the very beginning of the year. 888 and other operators started both RNG and live products from the London-based company, including immersive live slots which are gaining popularity among fans of virtual one-armed bandits.

The portfolio of this software provider is one of the largest out there, featuring tons of differently-themed titles and a decent variety of games enhanced with staggering progressive jackpots. From numerous releases in the Age of Gods series to the Fire Blaze slots spiced up by the extra level of excitement and life-changing prizes.

An up-and-coming studio launched by the industry’s leading online casino content aggregator and provider Pariplay in 2001, Wizard Games boasts a full-fledged slot portfolio. The brand can already brag of its own reel mechanic named DigiDrop but it is also one of a great many developers who have licensed incredibly popular Megaways to power Rumble Rhino, Dragons of the North, and other blockbusters.

The legendary creator of Book of Dead, Reactoonz, and Rise of Olympus was among the first suppliers to be awarded a license by the AGCO. In 2022, Play’n GO has already released 27 hot ticket titles including Gigantoonz, 15 Crystal Roses: A Tale of Love, Egyptian-themed King’s Mask, Animal Madness, and music-themed NSYNC Pop.

To the delight of many punters, the studio also launched Merlin’s Grimoire, the latest addition to its incredibly popular Arthurian Legend series. In their turn, fans of grid slots were amazed by a 9x9 Cash of Command that lets them get into an epic naval battle to unlock the superpowers of true heroes and win up to an incredible 5,336x total bet.

One of the youngest US-friendly slot makers founded last year, Armadillo Studios secured an Ontario license in May. A brand of EveryMatrix, a globally renowned B2B provider of cutting-edge solutions and services for online casinos and sportsbooks, this Miami-based studio has already managed to win the hearts of players with their unique games packed with enthralling storylines and rewarding bonus features.

Putting the player at the forefront of the game creation process, Push Gaming has a strong focus on the best possible entertainment. Now, the provider’s excellent selection of premium fruit machines is also available to slot buffs from Ontario who can give a spin to delicious 8-reel Jammin Jars , hilarious Fat Rabbit, or mysterious The Shadow Order. 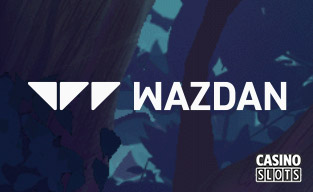 Wazdan is also among the developers of casino slots who have received approval from the AGCO to offer games in the province. Just recently, the studio came into the limelight following the launch of its trademarked Cash Infinity™ and Collect to Infinity™ mechanics. The latter is a driven force of Magic Spins, an absolutely unique title that has 29 reels and five progressive jackpots!

In the portfolio of this Polish provider, slot enthusiasts can also find such universal favorites as Dwarfs Fortune, Beauty Fruity, Los Muertos, Highway to Hell Deluxe, as well as titles from the top-performing Power of Gods range.

Quickspin, a Swedish software developer who was acquired by Playtech in 2016, was awarded an Ontario license at the very end of March, just a couple of days before the official opening of the market. Local players with accounts at Royal Panda, 888casino, LeoVegas, and some other online casinos that operate in the province got access to the studio’s most successful games, including Big Bad Wolf Megaways, Golden Glyph 1 & 2, Nero’s Fortune, Volcano Riches, Sticky Bandits, and Northern Sky, to cite just a few.

After getting a supplier license at the end of March, Inspired went live in Ontario with a starting portfolio of 25 games, including Big Spin Bonus, Big Fishing Fortune, and the retro title Space Invaders. Interestingly, earlier that month, this software provider launched its content in Connecticut with DraftKings, adding the third U.S. state to its extensive list of jurisdictions. Back to punters from Ontario, they can find Inspired slots at Royal Panda and some other top-rated online casinos. 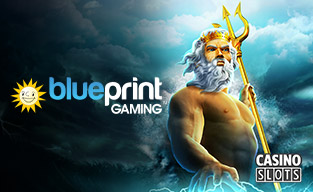 Part of the German Gauselmann Group, Blueprint Gaming is also present in Ontario, offering over 50 online slots such as The Goonies, Ted, and Sausage Party, with more titles waiting their turn to become available to operators and players of the much-anticipated market.

The studio is going to adapt its popular branded Deal or No Deal games and based them on Canada's equivalent show Le Banquier. In addition to that, Blueprint has modified its progressive jackpot system, Jackpot King to make it compliant with the specific requirements of the province’s gaming authority.

For Relax Gaming, the opening of the Ontario iGaming market became a long-awaited opportunity to debut in Canada. For starters, the company introduced a solid library of 130 games, which were launched across multiple operators. Nearly half of these titles are developed by over a dozen its partner studios.

Casino slots made by Relax boast a wide range of themes and innovative bonus features, however, the real highlight of the brand’s portfolio is definitely Book of 99, which is officially the most high-paying slot at the moment! Yes, “99” in its name means nothing but the RTP of this game – a true champion of generosity, isn’t it?

Of course, this list is far from being finite as more and more software developers show interest in the attractive Ontario market, applying for the sought-after AGCO license. No doubt, the already impressive roster will be replenished with many top-tier suppliers of online casino slots in the months to come.