The name SOFTSWISS is one that many (if not most) online casino fans have heard of at one point or another, and that's because they have one of the most popular software platforms out there. In 2017, they did a restructuring of their company that included the creation of BGAMING. This name stands for "best gaming," and it's the name of their new software and game development arm. They have their offices in the United Kingdom, and they consist of a combination of developers who have been with SOFTSWISS for several years along with a number of newer faces as well.

The first thing that you need to know is that, while games have been made under the same umbrella for years, most of them are considered to be under the BGAMING umbrella even if they were created before that particular brand was born. This is why you may see titles that are a bit older than this company name that is claimed as their own.

This ties into the fact that there's a bit more to their portfolio than you'd expect considering how long they've had their doors open. However, they have both quantity and quality in this respect, and their games always come across as having strong graphics and solid gameplay at the least. This helps players to really care about what they're playing, and it also puts you in a position where you can enjoy a high-quality experience no matter which of their dozens of games you end up enjoying.

Many developers have either quality or quantity, but this one doesn't make you choose. You get to have both, and that makes them a major competitor in the industry as a whole.

In terms of the backend of their games and what they offer, something that's pretty important for players is that their titles all work on virtually any type of computer or mobile device. This happens because their whole portfolio is designed to run through a web-based interface. If you're on a computer, you can use Linux, Windows or Mac to connect and play. For mobile players, both smartphones and tablets are good no matter the brand, and the operating system selection is pretty extensive as well with Windows Phone, iOS, Blackberry, Android and a number of other options available.

We feel like BGAMING is really just extending and expanding on the legacy that SOFTSWISS built as a foundation for their work, and with an increase in hires and a faster release schedule compared to when they were just SOFTSWISS, it's pretty clear that they've taken it super seriously. It's not difficult to see that their game selection is excellent and that they're welcoming to just about every type of player thanks to how flexible their platform is. On top of that, they seem to get better over time, and they always stay on top of the latest trends and "fashion" in the game development sector of the online casino industry. 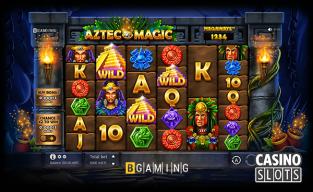 BGaming are set to launch their latest desktop and mobile slot. Aztec Magic Megaways hits online casinos on 27th January 2022 and features an... 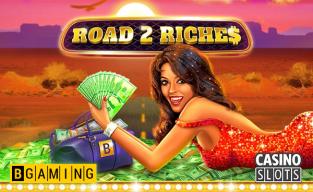 Take the path to huge wins with the Road2Riches desktop and mobile slot from BGaming. It takes players across famous Route 66 where they can find... 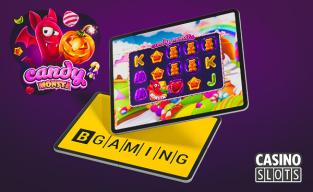 Candy Monsta is a new monster-themed slot from BGaming that’s been launched in time for Halloween. It’s packed with colourful symbols and extra...