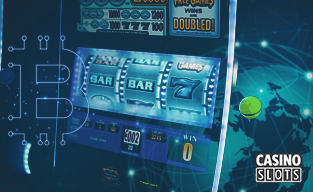 Gathering a team of game developing enthusiasts from multi-culture backgrounds, KA Gaming joined the industry in 2016. Equipped with a wealth of experience from various spheres, each of the members of this creative gang is dedicated to delivering the most engaging slot releases and fish games.

Which are the best words to describe KA Gaming’s mission and vision?

Those first two letters of the studio’s name hide the very essence of this forward-thinking crowd’s ideology. As they say, the entire team takes pride in knowing that their philosophy matches their deeds.

Wanna find out what those two mysterious letters mean? Stay with us and take a closer look at this passionate community of content providers, its rapidly growing portfolio of slots and fish games, and get to know its business associates!

From Asia To World Domination

The official slogan of this Samoa-based development studio is “Makers of Kick A$$ Games, from Asia to World!”. That’s right, the abbreviation from their name unashamedly stands for “kick-ass”.

Being more than proud that their products, stand true to their name, the studio is ready to conquer the stage with the finest and most innovative concepts for slot games and fish-shooting adventures. Their goal is to build a strong presence in markets all over the globe and establish successful partnerships with the most renowned gaming specialist from all verticals.

What characterizes their products is an extremely huge variety of themes, which is what enabled them to capture the attention of various profiles of consumers. Their products are already very wanted in various parts of the globe- Asia, Europe, Latin America, and Africa.

Furthermore, their portfolio is optimized for over 100 currencies including major cryptocurrencies, and equipped with the most versatile selection of actionable features and different math models. Aside from high-quality, they have consistent and fast-paced output, managing to keep their extensive HTML5 portfolio fresh all the time.

December 2020 brought a significant alliance to KA Gaming, as they penned a supply deal with Slotegrator, one of the most widely-acclaimed solutions provider.

Thanks to this agreement, they gained a better visibility, as Slotegrator’s presence is already firm in numerous jurisdictions. Proud owner of APIgrator, cutting-edge integration platforms that gather content from more than 50 leading developers, is positive that this agreement makes an excellent addition to their rapidly growing network of business associates.

In addition to this, KA teamed up with Pariplay, reinforcing the company’s Fusion platform. At the time being, this top-performing platform which offers tailored solutions, dedicated professional support, and inventive bonus tool mechanics gathers more than 60 famous brands. iSoftBet, Evolution, Inspired, Eyecon, High5 Games, Spinomenal are just some of the many.

A brief glance at their collection of one-armed bandits and it is already clear which topic is their most favorite one- Asian games. Truth be told, this topic is one of the most commonly exploited among content developers, as it provides plenty of room for experiments, innovative ideas, versatile characters, and unusual gameplays.

You will also notice that some of the releases draw inspiration from world-wide popular tales. Even though some of them bear the same names as the original stories, still the design is entirely different. Of course, there’s a plethora of games with animals as main characters, as well as those with heroes and warriors.

What about the features?

Have no worries, as the studio made sure each of the products hosts at least one or two action-packed elements. Those are multipliers, respins, Wild symbols, Scatters, cascading wins, nudging icons as well as megaways, and many others.

Even though this is the formula that almost all developers rely on (versatile features and diversity of themes), it’s the precise combination of those ingredients, to say so, that makes one release stand above the others. As far as we could see from more than 200 titles featured in KA’s lobby, they seem to know how to make a good balance between them.

For those among you who are fans of marine-themed adventures, KA Gaming has prepared an interesting selection of fish-shooting games.

One of them is King Octopus, in which punters are challenged to capture the underwater king and grab some juicy winnings. Then there’s KA Fish Hunter, which hosts the most colorful swimming creatures. If you are lucky enough to hit the largest ones, expect some decent prizes.

Golden Dragon tells the story of a marvelous fire-breather and his friend, a gorgeous mermaid. Equipped with Freeze Bombs which brings more shooting (and consequently winning) opportunities, this tale is all about action.

There’s also Romance of the Three Kingdoms, Space Cat, Air Combat 1942, all of which prove that the team is more than willing to play with different topics in order to diversify the offering maximally.

Exploring the catalog, punters can also find “other” games. This interesting section displays Shock Tower, which has no reels, no paytables, but bolsters powerful features- The Chain Lightning and The Super Lightning. Moreover, consumers can find the Dragon Ball, a simple-to-play release with mysterious wins, multipliers, and complimentary games. Moreover, there’s Baccarat, Video Poker, and Super Keno, which hints that the producer is eager to explore more new categories- table games.

This software producer may be a relatively new name on the scene, but they have already done so much to prove that they are worth the attention. As long as they know how to make the best of cutting-edge mechanics, HTML5 technology, and incorporate them in interesting concepts and versatile genres, there’s no doubt that this provider will stand true to its name and continue to deliver “kick-ass” games.