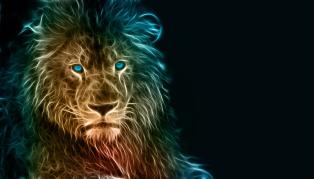 Big winners seem to be made on a regular basis at Slots.lv, and as the name implies, most of those happen via online slots. Recently, one lucky player was able to take down a sizable payout on the Lion's Roar slot in just another of a series of recent payouts at this online casino. The win was had by a player who goes by Lindsey F., and Lindsey is located in Utah. The payout was worth $74,663, and it happened on the Rival Gaming slot Lion's Roar.

Lion's Roar is a five-reel video slot that has a format made for winners. With a total of 50 paylines, there are tons of ways to win on every single spin, and that attracts players who want a shot at taking down a sizable payout. Lindsey found this out with a win worth just under $75,000, and it just goes to show that big winners are just waiting to be made on this game.

What makes Lion's Roar stand out is that it uses an African safari theme that uses lions and other animals to give players chances to run up wins on the reels. Players can trigger up to 50 free spins with a 2x multiplier, and all of the wild symbols are turned into expanding wilds during the bonus feature, which means players can get some pretty significant payouts. What's more is that players can step this up by getting Roaring Free Spins where the expanding wilds give a 3x multiplier (which jumps to 6x with the 2x multiplier for the free spins themselves).

Slots.lv is a great online casino that caters specifically to US players. They have titles from Rival Gaming, Realtime Gaming and BetSoft, and this combination of software gives players tons of games to choose from. It's a great chance for players to get in on the action with a lot of games all in one place, and with awesome titles like Lion's Roar waiting, it's easy to see why they're so popular. They put together lots of big winning streaks with huge jackpots paid out to players, and this $75,000 win to Lindsey F. is just another win on that type of streak.