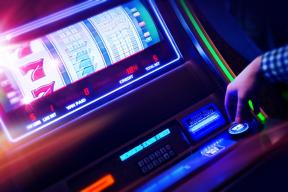 BetSoft is known for putting out tons of high-quality games, and they're looking to make the 2016 edition of the International Casino Expo the latest opportunity to showcase what they have to offer. It's looking like there are three different games that they're going to show off at the largest casino industry event in the world, and it will be an awesome chance for them to build up their reputation even further for being one of the premier providers of online slots.

The Three Games in Question

The first title to be displayed is Rise of the Dragon. This game follows a storyline with a female ninja student who has to make her way through multiple in-game worlds to save her father from her rival. This is an interesting title in that it has a female protagonist, and it will give BetSoft an opportunity to show off their conceptual prowess with a ninja-based theme.

Next up is 4 Seasons, a game that's based on the Chinese Zodiac. This game is expected to be feature-driven, and the different animals of their zodiac will be used on the reels to give players chances for lots of big payouts.

Finally, we have Frankenslot's Monster, an obvious play on Frankenstein's monster. This is a fun, tongue-in-cheek type of game where the player will get a chance to take control of the monster in a bonus feature that seems like it's really going to fit the overall theme.

Together, these three titles represent a wide range of concepts that will give BetSoft lots of opportunities to show what they can do with relatively tame themes and the fact that they don't need huge brands from various forms of media as the basis for a title to produce an excellent experience for players.

A Chance to Show the World

The key to this opportunity to show slots to the world is that BetSoft is bringing three different types of titles with different themes and approaches. While we expect the graphics for all three of these games to be excellent, what we also expect to see is different ways to have the features pulled into the overall gameplay so that they fit the concept of the title. This is something that BetSoft is extremely good at doing, and that's why we expect nothing less from them at ICE 2016.

If you're looking to get in on the action with these three titles in the future, then our recommendation is Drake Casino.