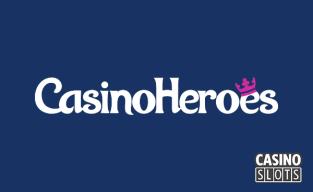 Casino Saga first started in 2014, so they don't have years of experience in the business. However, they do have a name that reflects the atypical style of their online casino. It's largely based around an RPG type of experience. Players use their real money play to accumulate experience points, known as XP for short, and XP helps you to advance your account. You can do this by improving your "level," which gives you access to more games and goodies that unlock as you move up through the levels.

This concept is where the name Casino Saga came from. But the owners of Candy Crush Saga have decided that it's too close to their already-established brand.

When there's any kind of switch like this, the first issue that players want to know about is if it's going to disrupt their service at all. In this case, it's not expected to. Player accounts will not be affected in any way, and what will most likely happen is that a number of graphics will be changed, and that will be the end of it.

Casino Saga, about to be known as Casino Heroes, has been around for about a year, and they use a combination of games from several different software providers to give players an excellent selection of games to choose from. However, players have to unlock a lot of games through their XP system, and that's something that can add to the replay value in a major way for the right kind of player. They haven't had the time to establish themselves in a meaningful way just yet, but they're starting off on the right foot.