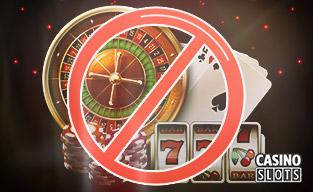 Gamblers worldwide are increasingly faced with the situation of being restricted from playing certain online casino slots at the websites where they have a real-money account and can enjoy the vast majority of games featured in the lobby.

Players get (unpleasantly) surprised and often confused while the ever-growing number of web-based operators powered by dozens of software providers does not make things any easier. Well, whether we like it or not, there are slot game restrictions that vary depending on the country, creating “inequalities” between registered members of the same online casino.

Usually, it is the software developer who restricts usage of its products in certain jurisdictions and territories to comply with a variety of legal requirements and license conditions. However, in some cases, country restrictions may differ from one gaming website to another due to special agreements between a software provider and an operator.

Now you might wonder, how can players know which slots they are not allowed to play?

Fortunately, at the vast majority of casinos, you won’t even see the games you cannot play as they simply won’t be displayed in the lobby (long live the geolocation!). If this is not the case, check out the website’s Terms and Conditions, which should feature a dedicated section, citing all countries where products of certain software developers are not available.

Finally, you can always count on CasinoSlots, your trusted source of information on all gambling-related matters. To save your time, we have done the homework and compiled an exhaustive list of restricted game makers per country. All you need to do is just look through the list and rest assured, you will bet only on the right slots! 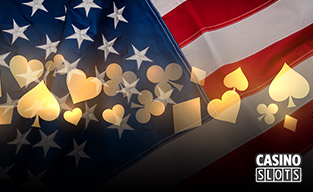 It’s no secret, players from the USA have limited access to the plethora of software developers available out there. The vast majority of top-rated US websites are either powered by RTG alone or take advantage of the robust combination of Rival, Betsoft, and Saucify. However, things are getting better with more and more online casinos expanding their libraries.

The roster of restricted casino slots for punters from the United States is so extensive that it’s much easier to recount allowed providers than those who are not. Still, it seems appropriate to list restricted game makers whose virtual one-armed bandits you are likely to encounter in the lobbies of some US-friendly gambling sites.

Among other no-go fruit machines are those made by Microgaming and its independent studios, NetEnt, Play ‘n Go, Relax Gaming, Yggdrasil, Red Rake Gaming, Quickspin, Rabcat, IGT, WMS, and a number of other smaller developers. However, as already said, it’s unlikely you will come across a US-friendly website that has them in the lobby.

When it comes to the regulated market of New Jersey, operators offer their clients games from NetEnt but slots from IGT, NextGen, BTG, Lightning Box, WMS, SG Interactive, Bally Technologies, Konami, and HungryBear Gaming are still in the restricted zone.

They can enjoy casino slots from the vast majority of software providers including legendary NetEnt after its thrilling comeback in 2019. Well, some branded slots from this Swedish developer (Vikings and Street Fighter, for instance) are unavailable for punters who live in the Great White North, but NetEnt is widely known for its strict policies for the distribution of the branded products.

Currently, the list of restricted software providers looks like this: Novomatic, iSoftbet, Solid Gaming, Gamevy, and HungryBear Gaming. As for customers from Kahnawake, they are not allowed to play games made by 4ThePlayer, Triple Cherry, and Relax Gaming.

Players from Indonesia can take advantage of many reputable casinos that offer a wide variety of online slots from top-tier developers. However, games from Wazdan, iSoftBet, Relax Gaming, and 4ThePlayer are not available for gamblers from this country, as well as titles created by Triple Cherry, Boomerang Studios, SmartSoft Gaming, Fugaso, Casino Technology, and Slotland. 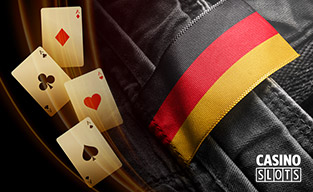 Even though recent years have been pretty challenging for the German iGaming market, today, the country has the shortest list of restricted casino slots. Patrons from Germany are not allowed to play games from Blueprint, Novomatic, and IGT.

The United Kingdom is considered one of the world’s best regulated online gambling markets, therefore it comes as no surprise, slot buffs from the UK can enjoy the widest variety of sophisticated fruit machines.

French punters can have access to a broad assortment of top-notch online slots, of course, if they have an account at the right web-based casino. Even so, residents of L’Hexagone are not able to play games created by Microgaming and its numerous studios (Just for the Win, Crazy Tooth, and Electric Elephant, to name just a few). 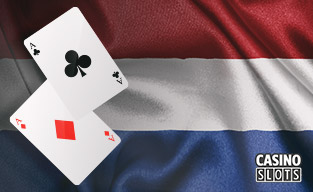 Slot enthusiasts from the Netherlands are in a much better position than French players since the list of games they cannot access is far from being extensive.

Punters who live in the country of awe-inspiring tulip fields and endless cycling routes are not able to spin the reels of one-armed bandits produced by Rabcat, Play ‘n Go, iSoftBet, TrueLab Games, Booongo, Red Rake Gaming, Konami, and HungryBear Gaming. In addition to that, they are not allowed to play games from Arrows Edge, August Gaming, Bomba Games, Espresso games, NetGame Entertainment, and Triple Cherry.