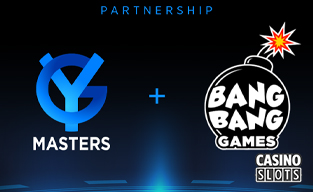 Gathering a community of highly skilled game designers and developers, this software house announced its presence in the industry in early 2020, eager to bring new energy to an international clientele. With years and years of wealthy experience from numerous studios, each member possesses extensive knowledge from the specific sector and know how to implement it.

What’s the very essence of the Bang Bang team?

Keep reading to find out more about key strategic agreements Bang Bang has inked and take a closer look at the studio’s content catalog!

Sorry, there are no casinos by Bang Bang Games available in your country. Try these casinos instead.

Are You Ready to Meet Bang Bang’s Bombastic Team?

Frank McPolin, studio’s Managing Director has a lengthy career within the media and gaming industries, mainly as a product specialist.

…he mostly worked as Flash Developer in several companies, but the richest experience was acquired in Endemol Shine Gaming. Originally working as the Lead Developer, he gained valuable skills in building games on the Openbet, NYX, Blueprint, and Playtech platforms.

McPolin assumed duties of Head of Product in November 2015, cooperating with a team of outstanding, and self-managing talents. One of the major achievements was an advanced HTML5 framework which not only improved delivery efficiency but also brought a significant reduction in game budgets.

…where he was primarily responsible for building and managing growth from Endemol’s in-house games studio. April 2020 was a sort of turning point for McPolin, as he made a decision to venture into his own project- and that’s the moment when Bang Bang was born.

Michael Manto, another member, is a dedicated and ambitious Game Designer. His simple yet meaningful philosophy describes his motivation the best:

His career in the gambling industry started in 2009…

…in Aristocrat , where he gained precious knowledge on probabilities of game events, performance reports, analytics, and compliance. In 2012 he worked for Aruze Gaming Australia, and then he transferred to Bally Technologies, where his main tasks were game design and mathematics for casino games in Asia and the US.

The next stop was Push Gaming, from 2015 to 2017, where Mantro was focused on Design and balancing of mechanics for HTML5 mobile games. April 2020 started with a bang, in every possible meaning, representing a new opportunity to further explore and upgrade his knowledge and bring more quality to the industry.

Being part of the bigger story…

…Endemol Shine Group, a global content creator, producer, and distributor, ES Gaming is a popular name for branded content, such as Deal or No Deal, Austin Powers , Dumb and Dumber: Road Trip to Aspen and more. As stated in the long-term development partnership deal, the young supplier should produce several slots and table games both unbranded and themed to ESG’s catalog of IP.

The very first slot game from Bang Bang is done on Endemol’s Playzido B2B platform, which was prepared in September 2017. With the RNG independently certified by a UKGC approved test house, the platform holds the reputation of a desirable among numerous developers, such as Plank Gaming, Sigma Gaming, 2by2 Gaming, ReelPlay, The Games Company and many more.

As per the contract, Bang Bang gains access to GATI, Yggdrasil’s preconfigured, regulation-ready development toolkit. This solution provides standardized technology, thanks to which studios and game providers can design and distribute content all over the globe.

What’s the hugest benefit of this coalition?

By joining the program, the forward-thinking provider will be able to focus on delivering premium products, while Yggdrasil would provide comprehensive support in multiple fields, such as compliance, distribution, and commercialization. Thanks to one standardized interface and simplified procedure, all partners can drastically accelerate the global reach and find new ways to increase revenues.

…has been a big fan of Yggdrasil for many years. Becoming part of the network is a great honor for the up-and-coming developer, putting them in a great company because “prominent, high caliber studios are already part of the YG Masters program”.

The best way to start off with a bang (and justify the company’s name) is to take a bombastic and popular topic, and that’s precisely what this provider did.

…the Gods of ancient Greece had, who resided on Mount Olympus, have always been among the most inspirational topics for writers, film-makers, and of course- game producers. Thousands of years later, there are still many of them drawing inspiration from these legends and shaping them in the most memorable stories.

Wrath of Gods is a pyramid-shaped slot with seven reels and three rows, plus 10 paylines, which tend to expand. Though at first glance it may not seem as much of potential, it comes with “any adjacent pays”, which drastically changes the situation.

…it works flawlessly on all sorts of devices, from PCs to mobile phones. With medium volatility and a theoretical return to player of 96%, as well as an all-time popular topic, it seems like a story made to cover versatile gaming preferences.

Sometimes even a single release is more than enough to collect the pieces of a puzzle and see where things may head. Wrath of Gods shows that the team is capable of bringing a new spirit to a theme which many fans could see as déjà vu.

…from arts to mechanics, every detail is at its place. Taking such an unusual grid shows that they are ready to think outside the box, which can only hint that more interesting titles are on the horizon.