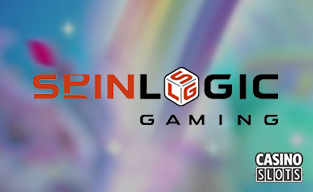 Even though SpinLogic Gaming might sound like a brand new name to the majority of players, this online slot maker is far from being one of the up-and-coming software providers. In fact, we’re dealing with a true industry veteran who’s just tried to keep a low profile since 2001 when it appeared on the iGaming scene. Well, until now. What’s more, all chances are, you have played games designed by SpinLogic and who knows, perhaps even hit some nice wins. Without further ado, let’s introduce you to SpinLogic – an innovative developer that utilizes the RTG software platform.

Yes, that’s exactly what we’re saying. SpinLogic Gaming is behind a large number of online casinos that offer US-friendly games created by RTG. Of course, the company can’t brag about such an extensive portfolio as RealTime Gaming itself but you’d be probably surprised to know that Epic Holiday Party is an SL masterpiece. Apart from this Christmas-themed slot enhanced with a Vegas atmosphere and four jackpots, this software provider is a proud author of other popular titles including Achilles Deluxe, Diamond Fiesta, and Wild Hog Luau.

Browsing through the libraries of both brands, you will come across some releases that have similar names, as well as identical symbols and reel layouts but at the core, they are not the same games. RTG’s Fortune Frog (made by the RTG’s subsidiary targeted at Asian markets) and SpinLogic’s Frog Fortunes may serve as a prime example. Even though both use the same design in terms of the theme, symbols, and a uniquely shaped playfield with cascading reels, the former has 20 fixed lines while the latter is enriched with 243 ways to win and bunches of free spins. However, exploding symbols and random blast patterns is something that the two online slots share.

The latest one-armed bandit launched by RTG is also a handiwork of people from SpinLogic Gaming. Designed to make the Easter celebration even more exciting, 5-reel and 25-line Spring Wilds doesn’t just bursts of bright colors and positive vibes but also brings numerous opportunities to hit some truly bouncing wins. Jam-packed with action, it contains an impressive set of extras including the Lucky Streak Re-spin feature. Free spins that can be re-triggered are also part of the rewarding plot that can pay up to 50,000x line bet at a single spin.

It's safe to say, this software provider aims to produce unique and unusual online slots that differ from one another in themes and reel mechanics. For instance, Diamond Fiesta is amplified with the Expanding Reels feature able to turn a standard 5x3 grid into a huge arena with up to 8 reels and 4 rows. Another aspect worth mentioning is that SpinLogic doesn’t make “plain-vanilla” games where a wild is the one and only treat for fans of fruit machines.

All titles from this studio have a lot to offer in terms of engaging add-ons able to deliver impressive prizes, which is especially true for high volatility slots. As for wilds, they also come in abundance – take a look at Witchy Wins with its Morphing Multiplying wilds and free spins boosted by Wild Reels and you’ll see what we mean. 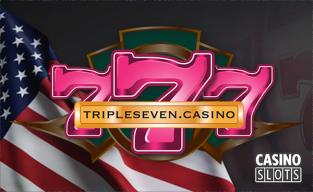 TripleSeven Casino is a new desktop and mobile site from the people that brought you LadyLuck Casino and Red Cherry. It’s now open for business.