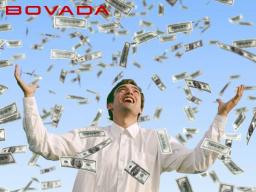 Bovada Casino has a variety of games from multiple software providers like BetSoft and Realtime Gaming. That's why we weren't all that surprised to see that they made a player from North Carolina, USA incredibly happy with a big win worth $80,865 recently. The lucky player's name is Kenneth L., and he was able to take down this payout on the BetSoft slot Greedy Goblins.

Greedy Goblins is known for being an excellent example of BetSoft's ability to create top-tier video slots with awesome 3D graphics. Many consider their games to be the most visually appealing of any of the popular online casino software providers, and Greedy Goblins is often held as a good example of this. However, it also has some pretty cool payouts and features, and this includes sticky wild reels, multipliers, goblins that hop in to change symbols on the reels to give you better chances of winning and more.

Something else that makes BetSoft stand out at this point in the game is that they accept players from the United States. North Carolina players like Kenneth L. are included in this, and that's why he was able to use their Greedy Goblins game en route to a win worth over $80,000. That's a pretty significant chunk of change, and while we're sure that he's thrilled about the payout, the fact that BetSoft accepts US players when most of the other top software providers does not gives them a competitive advantage in a lot of ways.

Bovada Casino seems to always have some big winner in the news, and that's due to a couple of factors. First, they have a lot of games thanks to BetSoft, Realtime Gaming and their own proprietary titles. Second, they have a ton of players due to their popularity in the United States, where they're known as one of the most popular and recognizable brands. They've been able to build up to this level of popularity by consistently giving players a solid experience, quick payouts and a wide range of titles to choose from. It looks like this work paid off for Kenneth L., and we're eager to hear about their next big winner.